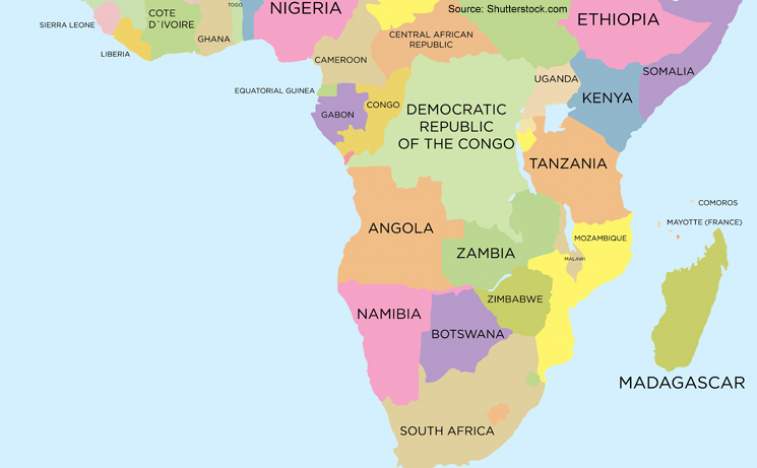 The low level of economic diversification in Africa is a leading factor to economic fragility across the continent. The global crisis caused by the COVID-19 pandemic has magnified the risks of low levels of economic diversity and the reliance on limited economic activities, products or channels for trade and foreign direct investments. For example, over-dependence on one type of natural resource, such as oil, gas, phosphates etc, singular economic activities in agriculture, trade with limited number of countries, over-reliance on a narrow range of exports and/or imports and trade agreement restricted to specific region or countries can be detrimental to the economy.
Africa is endowed with minerals and natural resources. Algeria, Angola, Libya and Nigeria together produce a substantial portion of the world’s crude oil; South Africa and several other African countries are a major source of the world’s gold output; Botswana, the Democratic Republic of Congo (DRC) and Sierra Leone are major sources of diamonds; Morocco holds 75% of the phosphate reserves of the world, and is ranked third in the world in its production; yet other strategic minerals such as chrome, coltan, bauxite and manganese are major export products from a number of African countries.
Despite favourable economic and social progress achieved in the last two decades, growth in most African countries remain characteristically fragile, with low levels of economic diversification and even less evidence of structural and economic transformation, which combined produce a pattern of protracted economic decline and weakening institutions. This is further accelerated by negative shocks when they occur. Factors such as weak healthcare systems, poor public health infrastructure and food security concerns also affect the economic performance of hard-hit and under-developed regions. The International Institute For Environment and Development (IIED) emphasises the unpreparedness for a global crisis, showing that even resource-rich countries remain vulnerable to external shocks. To that end, most available estimates show significant economic contraction due to the COVID-19 pandemic, and some seem alarming.
To mitigate impact, African countries, especially those most at risk, need evidence-based policies and implement solutions that particularly promote economic diversity. Such solutions should note the negative effect of external shocks and crises, national and global instabilities, price fluctuations and related disruptions. An improved approach to economic strategies is imperative, and includes notably transformation in these areas: Financial inclusion driven by the digital evolution; examining restrictive barriers to trade, especially in intra-African trade; increased local manufacturing, particularly agro-industries; optimal utilisation of individual countries‘ relative comparative advantage and expertise; increased investment and capital; institutional capacity building and investment into skills development and human resources; fully embracing the Fourth Industrial Revolution; implementation of policies to better weather unexpected economic developments; increased focus on renewable resources; and implement policies to change and improved regulatory frameworks from institutions that support a diversity of economic activities.