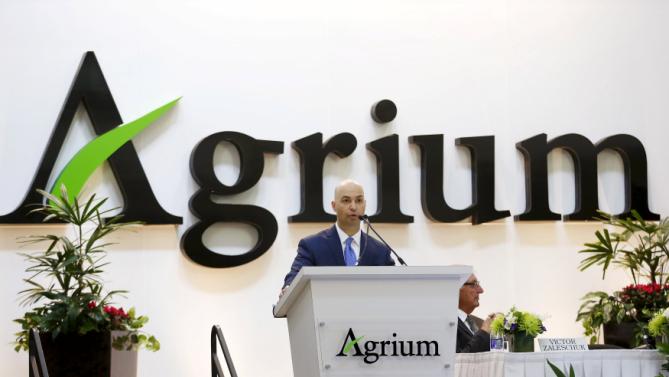 Agrium Inc., a major retail supplier of agricultural products and services in North America, South America and Australia and a wholesale producer and marketer of all three major agricultural nutrients and a supplier of specialty fertilizers, have achieved better-than-expected fourth-quarter profit after cost cuts. The company’s net income went up to $1.45 a share from 33 cents a year earlier, Agrium said yesterday (9 February) in a statement. Profit excluding one-time items was $1.52 a share, beating analysts’ expectations of $1.38 on average.

Agrium’s CEO, Chuck Magro, commented that “the long-term outlook for our business remains robust” thanks to the continuously increasing demand for grain, oilseeds and fertilizer despite the volatility in commodity markets. Positive business results were also supported by cuts in production costs and gains in sales in the fourth quarter for potash and nitrogen fertilizer, countering low prices. Moreover, in the retail, expenses fell by 10 percent, outweighing the effect of lower prices and weather-related delays to crop-chemical applications.

Agrium further commented that the demand for nutrients is projected to be robust this year, with US farmers expected to boost total crop acres while catching up with fertilizer applications. The North American demand for crop-nutrients is projected to go up by 1 percent to 3 percent, phosphate and potash demand might fall below that range since volumes lost due to weak fall season may not be fully made up for by mid-2016.

Agrium operates in two business segments – retail and wholesale. Under retail, Agrium operates close to 1,500 retail agricultural centers in the US, Canada, South America and Australia. Under wholesale, the company produces nitrogen, phosphate, potash and sulphur-based fertilizers. This segment also owns and operates a potash mine and production facility in Saskatchewan Canada, and a phosphate mine in Conda, Idaho, US.