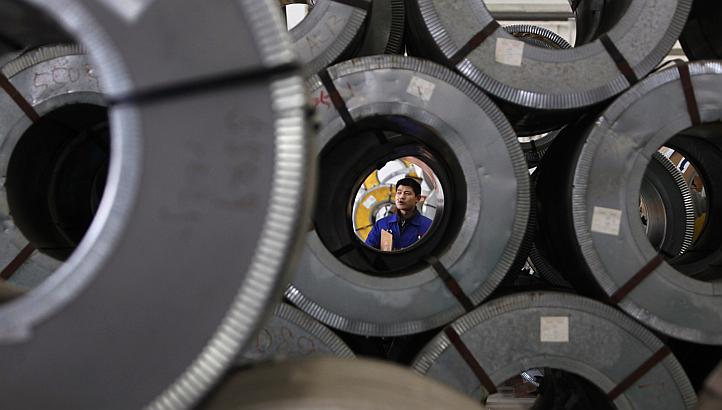 China has begun releasing metals stockpiles as a part of its campaign to rein in commodity prices and reduce speculation in a bid to ease the threat to its pandemic rebound from soaring raw material costs. State-owned enterprises were reportedly ordered to control risks and limit their exposure to overseas commodities markets by the State-owned Assets Supervision and Administration Commission. The companies have been asked to report their futures positions for Sasac to review. In a second development, the National Food and Strategic Reserves Administration will soon release state stockpiles of metals including copper, aluminum and zinc, the agency said in a statement Wednesday (16 June). The metals will be sold in batches to fabricators and manufacturers, it said, without giving the volumes to be released.
Most metals prices in London and Shanghai fell, as did the Singapore Exchange’s iron ore contract. Shares of metals companies in China and Hong Kong declined, while Australia’s metals and mining sub-index posted its biggest loss in almost a month. Mining and steel stocks fell in Europe, with Rio Tinto Plc, BHP Group and ArcelorMittal SA losing at least 0.8%. “We haven’t seen the country release state reserves for years,” said Jia Zheng, a commodity trader with Shanghai Dongwu Jiuying Investment Management Co. “This will boost short-term supply, sending a bearish signal to the market.”
The scrutiny on overseas commodities positions, meanwhile, is aimed at “curbing excessive speculation as prices are overheated and could bring risks to SOEs,” said Jia. The run up in commodities prices has fanned concerns in China that factories will eventually need to pass on higher costs to consumers, hurting the economy. The role of speculators has drawn particular scrutiny from authorities. While China has accelerated its efforts to curb inflationary pressures, the moves have had mixed results. Chinese Premier Li Keqiang stepped up the rhetoric on 12 May, urging the country to deal with soaring prices. Iron ore slumped in the latter part of May following his comments, though it’s since rebounded, and base metals prices remain much higher than last year despite a recent retreat.