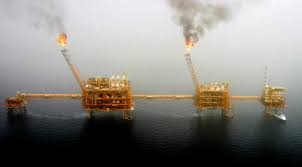 Iran is estimated to have lost up to $10 billion since US sanctions were re-imposed in November last year as a result of which 1.5 million barrels per day (bpd) of Iranian crude have been removed from international markets. Driven by its own shale oil revolution and a global crude surplus, the United States is planning to bring the amount of Iranian oil in global markets to zero. The White House, however, admits that while path to “zero” is doable in a well-supplied oil market, there are many variables coming into play.

Iran reached an agreement with Western countries in 2015 regarding its nuclear program – the Joint Comprehensive Plan of Action between Iran, the P5+1, and the European Union – after which sanctions that had been previously imposed on the country were removed. US President Donald Trump, however, withdrew his country from the deal in May 2018 and reinstated the sanctions. US sanctions on Iran and Venezuela, two major oil producers in the Organization of the Petroleum Exporting Countries (OPEC), coupled with production cuts by OPEC and Russia, have helped bring global oil prices up to almost four-month highs.

Donald Trump “has made it very clear that we need to have a campaign of maximum economic pressure” on Iran, Brian Hook of the US State Department said, “but he also doesn’t want to shock oil markets, he wants to ensure a stable and well-supplied oil market. That policy has not changed.” The international markets are looking for signs that Washington may extend sanction waivers for Iran’s key buyers. Washington did allow eight countries to continue buying crude from Iran but few of these countries actually took advantage of this waiver.