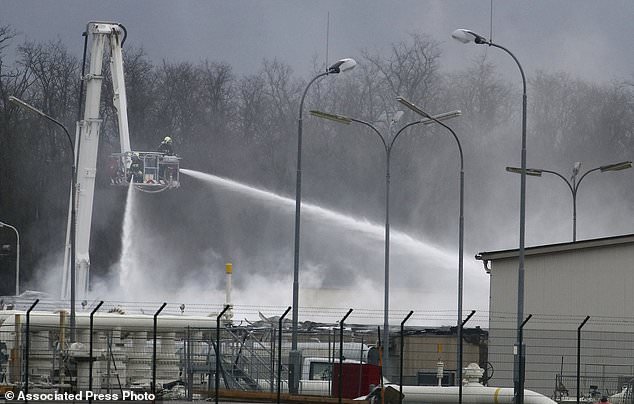 In mid-December last year, the Baumgarten gas hub in Austria experienced an explosion that led to a disruption in gas transmission that had a negative impact on a large part of Europe. Baumgarten is a key distribution knot for the EU gas market and as such, the explosion made Italy declare a state of emergency and disrupted supply to Britain via the Netherlands and Belgium. At the same time, an outage in Norway caused flow reductions from Europe’s largest gas production site “Troll” which added to the supply issues. This was further amplified by a demand peak in the UK, due to unusually low temperatures with short-term prices reaching a four-year high.

The Baumgarten explosion served as a reminder to the Europeans of the consequences of disruptions in the operation of gas infrastructure. In line with the European Commission’s strategy, EU member states have recently implemented a framework to minimize the impact of supply disruption by updating the so-called Security of Gas Supply Regulation. The Regulation calls for an EU-wide gas supply and infrastructure assessment to be carried out by ENSOG –European Network of Transmission System Operators for Gas. Nevertheless, the current political discourse on EU energy security ponders the risks associated with infrastructure that have largely been overshadowed by a single theme: EU energy dependence on Russia.

What incidents like the one in Baumgarten showed is that resilience against disruptions such as this one requires a degree of redundant infrastructure including domestic transport, storage and import systems, whereby this was the case for most member states in the bloc. In Britain, the relatively robust price increase was connected to aging local infrastructure situation with one import pipeline out of operation and one storage facility about to retire. This points out to the fact that the infrastructure availability, even if sufficient, aggravates price hikes in emergency situations like this one.

The price increases also show that that the European integrated market is working. The price signals emerging from the infrastructure disruption mean that supply goes where it is most needed. Electricity and coal prices went up a bit, hinting that the electricity market is capable of arbitrage among different energy sources. The soaring UK gas price led to a short-term LNG order sourced from Russia’s Yamal LNG project. The project that had been launched only a week earlier by Vladimir Putin himself is subject to US sanctions due to the conflict in Crimea. Thus, the market is functioning but we are very likely to see a prolonged period of high gas prices, which provides every reason for ENTSO-G’s continuous EU-wide evaluation and the need to put the necessary emphasis on infrastructure.

Ultimately, the Baumgarten explosion was a timely reminder that security of energy supply means much more than independence from Russia. In such a context, one could even imagine a positive impact on security of supply as the pipeline opens new gas routes to Europe.