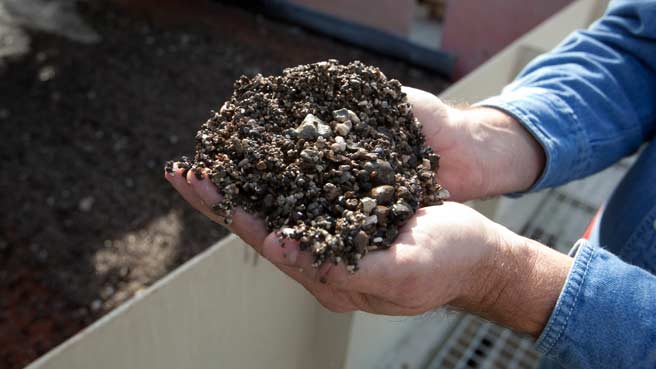 ACME GROUP, an Indian solar developer based in Kolkata, is implementing a project to build a plant for the production of green ammonia, which will be located near the Special Economic Zone at the Port of Duqm in Oman. ACME Group announced in August 2021 the signing of a land agreement to set up a 3.5 billion US$ green ammonia project. The general contractor has already been found. The future enterprise will use two power plants. One is a 3 GW solar power plant, and another is a 0.5 GW wind power plant. They will supply electricity to the production with a capacity of 0.9 million tons of green ammonia per year. The plant should be launched in 2022 and will ship its products to Europe and Asia. ACME Group is currently carrying out commissioning works at the plant for the production of green hydrogen and ammonia in the city of Bikaner in India.
NUINSCO RESOURCES, a Canadian multi-commodity mineral exploration and development company, has announced the results of exploration drilling within the Prairie Lake project, which provides for the development of the carbonatite deposit located 45 km north of the city of Marathon in the province of Ontario. During the drilling of wells at a depth of 602.2 m, extensive mineralization was revealed, characterized by rich concentrations of phosphorus, tantalum, niobium, and rare earth elements. The studies have shown the possibility of obtaining apatite concentrate with a content of phosphorus pentoxide of over 30% and extracting niobium, tantalum, and rare earth elements (mainly cerium and neodymium). The management of Nuinsco Resources will consider the preparation of a feasibility study for the development of the Prairie Lake carbonatite deposit.
EURO-CHEM, a Switzerland-based global producer of commodity and specialty fertilizers, has announced the signing by one of its subsidiaries of an agreement to purchase a controlling 51.48% share in Brazilian fertilizer distributor Fertilizantes Heringer S.A. With a total of 14 storage, blending and distribution units in the southeast, midwest, south, and northeast regions, Fertilizantes Heringer is considered a significant contributor to Brazilian agriculture as the country’s fourth-largest distributor in terms of installed capacity, at more than 4 million tpy. “This acquisition, following anti-trust approval, will enable EuroChem to better serve the total market of Brazil – from north to south – even more reliably, while providing more outlets for our full product line of standard and premium fertilizers,” EuroChem Group Global Head of Sales and Distribution Charles Bendaña commented. “It will also help us achieve higher efficiency in our shipping and logistics programs in order to provide reduced costs to our customers in Brazil, as well as increased netbacks to our global production facilities,” he added.
URALCHEM, a Russian manufacturer of a wide range of chemical products, including mineral fertilizers and ammoniac saltpeter, has launched the GEO NPK enterprise in the city of Chernyakhovsk, Kaliningrad region, to produce complex fertilizers. GEO NPK will allow Uralchem to expand its product portfolio by more than 100 brands of fertilizers. GEO NPK will mix and granulate mineral fertilizers. Its capacity is 150,000 tons per year and can be increased up to 220,000 tons. There are railway lines and a warehouse on the territory of the enterprise. GEO NPK has to date produced 3,000 tons of products. Four brands of mineral fertilizers have already been registered and nine more registrations are scheduled to be completed by March 2022. The new plant enables Uralchem to individually develop fertilizers for the needs of customers and expand its product range for different crops, soils and climates. The products are planned to be supplied both to the domestic market and abroad.