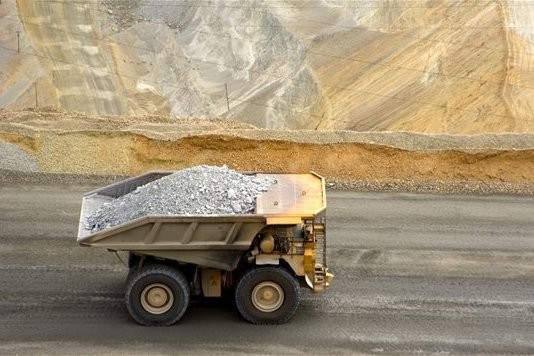 SEIPASA — a Spanish company specializing in the production of organic fertilizers and biological plant protection products — has begun construction of a new plant with an area of 4.4 thousand sq. m. and investments of 4 million euros. “The product line that will be produced at the new plant will become an effective alternative to chemical herbicides,” Seipasa CEO Pedro Peleato commented. “In the mid and short-term, the European Union plans to phase out 40% of currently used chemical plant protection products. Such a scenario forces various companies, including Seipasa, to direct their efforts and funds to the development of environmentally friendly and no less effective biological alternatives.” With the launch of the enterprise, whose commissioning is planned for 1Q2023, Seipasa will significantly expand its product line of plant protection products and their sales volumes.
CBH GROUP — one of Australia’s leading co-operative owned by about 3700 WA grain growing businesses with an integrated supply chain including storage, handling & marketing — has announced the opening of a new 20,000 t fertilizer storage facility in Esperance. After achieving a 47% increase in sales last year, CBH’s fertilizer business has entered a new phase of growth with the Esperance facility now fully operational. Simon Stead, CBH Group’s Chair, said the milestone is an exciting step towards delivering significant benefits to Western Australian grain growers. “As a core function of the co-operative, CBH Fertilizer is committed to delivering on the strategy of reducing grower’s on-farm input costs and improving the consistency of fertilizer supply in Western Australia,” said Mr Stead. The facility is owned by Qube and operated by CBH Fertilizer. The purpose-built warehouse is designed for fertilizer storage, blending and loading of trucks with a full range of granular phosphates, nitrogen, potash and sulfur products. CBH Fertilizer has installed the latest Yargus blending equipment to allow for accurate and high-capacity blending of multiple products plus specialties such as liquid copper, zinc and fungicides. Despite a volatile global fertilizer market from a price and supply perspective, CBH Fertilizer has worked hard to ensure all shipments contracted for 2022 arrive safely and on time.
GENSOURCE POTASH — a Canadian fertilizer company focused on sustainable potash production — will acquire Innovare Technologies. The deal, worth approximately $11.5 million, is expected to close by the end of 2Q2022. Innovare Technologies is developing solutions for the selective extraction of potassium salts. Gensource Potash believes that Innovare Technologies’ developments will help to reduce the costs of the implementation of the Tugaske potash project in Saskatchewan. The mine created as part of the Tugaske project will produce up to 250,000 tons of potassium chloride. Its feature is increased environmental safety: it will use 75% less water than similar plants for underground leaching of potassium salts. The entire volume of potassium chloride, which will be produced by the future mine, will be shipped to Helm (an appropriate contract was previously signed with it).
ARIANNE PHOSPHATE — a Canadian development-stage phosphate mining company, advancing its Lac à Paul project in Quebec’s Saguenay-Lac-Saint-Jean region — is pleased to announce that it has successfully tested an enhanced process that will allow the Company to optimize its high-purity phosphate concentrate for specific end markets. Working with Corem, a Quebec-based Company specializing in mineral processing, Arianne produced both a low MER (minor element ratio) and higher MER phosphate concentrate using high intensity magnetic separation. The results demonstrated that Arianne’s phosphate concentrate can be further optimized to meet target markets with an easy addition to the process flowsheet. The low MER material is of interest to those looking for specialty phosphate applications, such as high-purity acid used in lithium-iron-phosphate (“LFP”) batteries while, the higher MER concentrate would be of interest for direct application fertilizers, as it would be higher in beneficial micronutrients such as iron.