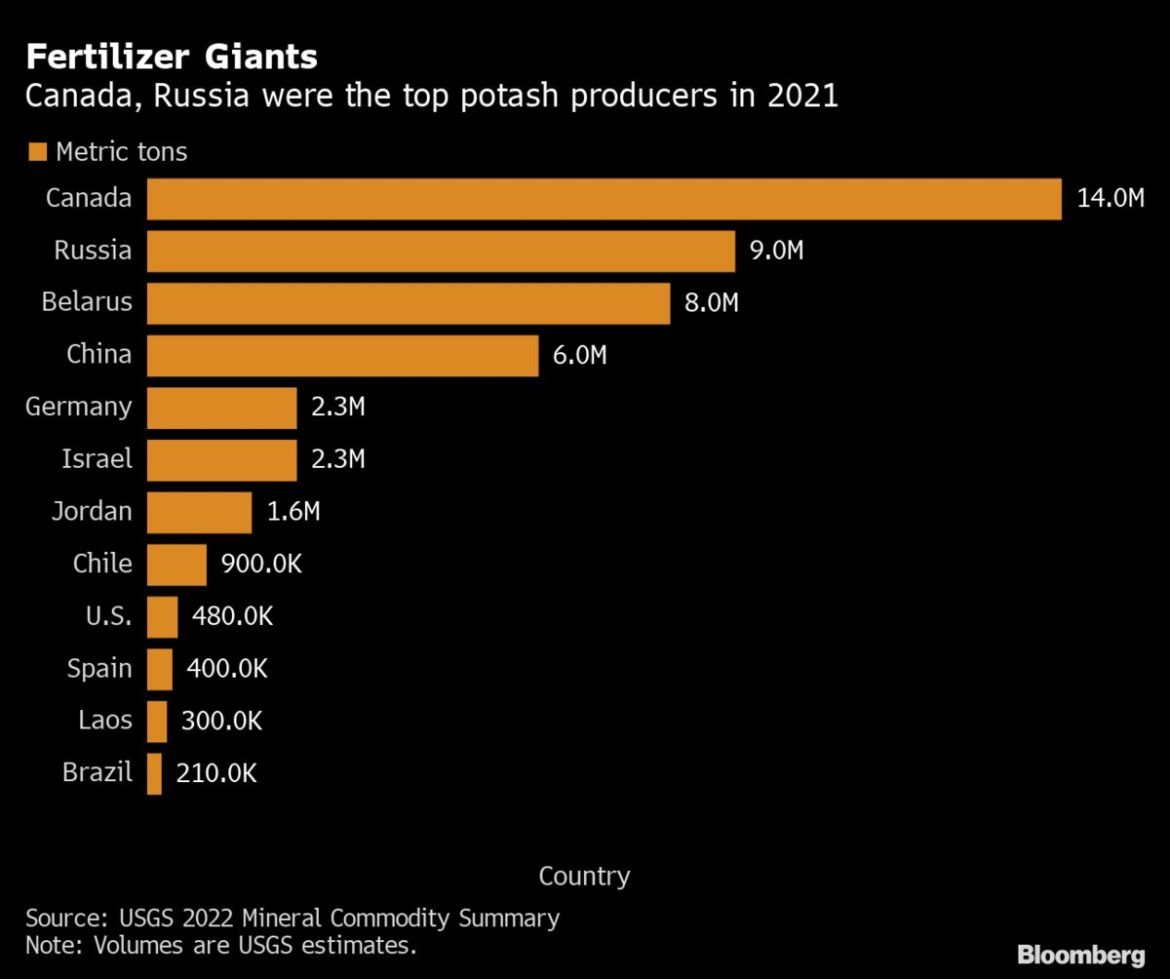 Ukraine has banned exports of fertilizers owing to the Russian invasion, the country’s agriculture ministry said on Saturday (12 March). Ukraine has already banned exports of some agricultural commodities and introduced licenses for its key export goods — wheat, corn and sunflower oil. “The cabinet of ministers is introducing a zero quota for the export of mineral fertilizers that is a de facto ban on the export of fertilizers from Ukraine,” the ministry said in a statement. It said the ban would help “to maintain balance in the domestic market” and applied to nitrogen, phosphorus, potassium and complex fertilizers.
Ukrainian farmers traditionally start spring field work in late February or in March but now say they will start sowing in safe areas as soon as the unfavorable circumstances allow it. Ukraine’s President Volodymyr Zelenskiy said on Friday (11 March) the country must sow as many crops as possible this spring, despite the Russian invasion. The country’s agriculture producers’ union recently said farmers were likely to reduce areas sown to sunseed, rapeseed and corn this year, replacing them with cereals — buckwheat, oats and millet. As the world’s largest exporter of sunflower oil, Ukraine had forecast before the invasion that it could export more than 60 million t of grain, including 33 million t of corn and 23 million t of wheat, in the 2021/22 July-June season.
Meanwhile, the US Department of Agriculture (USDA) has announced it will support additional fertilizer production for American farmers to address rising costs, including the impact of the war in Ukraine and spur competition. USDA will make available US$250 million through a new grant program this summer to support independent, innovative and sustainable American fertilizer production to supply American farmers. Additionally, to address growing competition concerns in the agricultural supply chain, USDA will launch a public inquiry seeking information regarding seeds and agricultural inputs, fertilizer, and retail markets. Fertilizer prices have more than doubled since last year due to many factors including Putin’s price hike, a limited supply of the relevant minerals and high energy costs, high global demand and agricultural commodity prices, reliance on fertilizer imports and lack of competition in the fertilizer industry.
The US is a major importer and dependent on foreign fertilizer and is the second or third top importer for each of the three major components of fertilizer. The top producers of the major components of fertilizer include China, Russia, Canada and Morocco, with Belarus also providing a significant share of potash. USDA will use funds from the Commodity Credit Corporation (CCC) set aside in September for market disruptions to develop a grant program that provides ‘gap’ financing to bring new, independent domestic production capacity on-line—similar to the recently announced meat and poultry grants that are designed to promote competition and resilience in that sector.
In a separate but related development, six South American nations are proposing the exclusion of fertilizer from sanctions on Russia, Brazil’s Agriculture Minister Tereza Cristina Dias said on Thursday (10 March). She said Brazil has secured the support of Argentina, Bolivia, Chile, Paraguay and Uruguay for a proposal excluding fertilizer products that will be submitted to the United Nations’ Food and Agriculture Organization. Brazil, an agricultural powerhouse, is the world’s top importer of fertilizers and argues that crop nutrients, like food, should not be targeted by sanctions. Brazil relies on imports for 85% of the fertilizer it needs for its grain crops. More than one-fifth of its imports, totaling 9 million t in 2021, comes from Russia. While Russia is Brazil’s main supplier of the NPK fertilizers, Canada is Brazil’s main source of potash used to raise crop yields. Dias, who is expected to talk to FAO Director-General Qu Dongyu, has called on countries to find a global solution for the issue, noting a shortage of fertilizers will cause food inflation and potentially undermine food security. She hopes to get enough support from FAO to persuade other UN members to back the proposal. “Global food inflation is something that should worry all countries,” Dias said in a recent interview. Even before the war in Ukraine, the global supply of fertilizers, especially potash, was already being curtailed after the US sanctioned Belarus, another major producer.