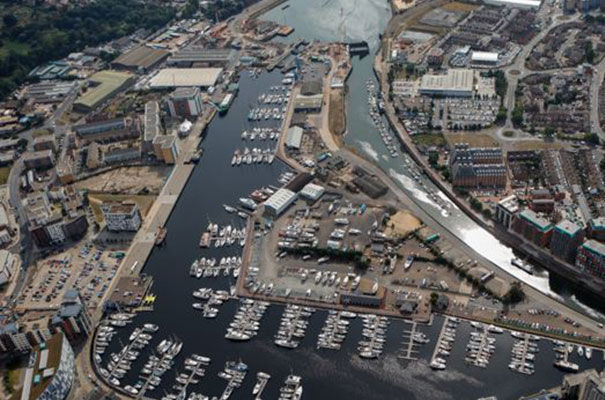 MA’ADEN, the leading mining and metals company in Saudi Arabia, and its African subsidiary Meridian Group have opened a fertilizer terminal in Liwonde, Malawi. The Liwonde Terminal is strategically located on the rail line connecting the Republic of Malawi to the deep-sea port of Nacala in the Republic of Zambia, allowing for high access to Ma’aden’s fertilizer products across central and southern Africa. The terminal is equipped with a 15,000 m2 under-roof facility, a 40,000 t storage capacity, a 2,400 tpd blending capacity, an annual bagging capacity of 10 million, and a total production capacity of 360,000 tpy. The terminal is powered by a cloud-based logistics supply chain management system and an onsite laboratory for rapid and accurate fertilizer testing. The facility also uses sustainable and renewable energy solutions to reduce CO2 emissions. The terminal is expected to contribute to the growth of Ma’aden’s exports to Africa as it will provide access to a steady supply of high-quality fertilizer to over 5 million small-hold farmers in the Republics of Malawi and Zambia, and subsequently, improve food security on the African continent. Ma’aden’s mine-to-market fertilizer business consists of three mega production plants in Saudi Arabia: Wa’ad Al Shamal Industrial Minerals City in the North, another at Ras Al Khair Industrial City on the East coast, which is a phosphate and bauxite processing super-hub; and the Phosphate 3 expansion, which will add over 1 million t ammonia production — to reach 3.3 million t — and 3 million t of different fertilizer production capacity, to achieve a total production capacity of more than 9 million tpy.
COROMANDEL INTERNATIONAL, an Indian corporation that operates in the business of fertilizers, pesticides and specialty nutrients, has announced the project initiation for setting up a new 1,650 tpd design capacity sulfuric acid plant at its fertilizer complex in Visakhapatnam, India. The company has also signed technology partnership agreements with MECS (Monsanto Enviro-Chem Systems) and TKIS (Thyssen Krupp Industrial Solutions).The new sulfuric acid plant for which the investment has been announced will increase the sulfuric acid production capacity by a further 500,000 tpy from the current level of 600,000 tpy, thereby resulting in a combined capacity of 1.1 million t. The investment is in line with Coromandel’s long-term objectives to secure key raw materials for its fertilizer production. The plant project will be set up within Coromandel’s existing Visakhapatnam plant premises. The Visakhapatnam manufacturing unit of Coromandel has a production capacity of 1.3 million tpy of complex fertilizers and a captive phosphoric acid production capacity of close to 400 000 tpy. The new sulfuric acid plant will reduce import dependence considerably and ensure sustainable production of phosphoric acid. The plant is being built with best technology standards to control emissions. The steam generated from the process shall also be used for captive power generation.
PORT OF IPSWICH, owned by ASSOCIATED BRITISH PORTS (ABP), in the United Kingdom is seeing record amounts of nitrogen fertilizer arrive at its shores and is thus bucking the current trend of shortage of this key nutrient. In October alone, seven vessels (four dry bulk and three tankers) carrying 59,450 t of fertilizer safely came through the port; up from 5,452 t in October 2020. Last month also saw the port’s largest single fertilizer cargo received to date.2021 has born witness to strong demand for fertilizer and low supply. The situation was made worse in September when Britain’s two nitrogen fertilizer plants closed.“Ameropa are delighted to work with our contract partners in bringing a record-breaking cargo of fertilizer to Ipswich,” Dave Blackmore, Director at Ameropa, commented. “We’d like to thank the ABP stevedoring team for their attention to detail in discharging our vessel in good time and with great care.” According to Andrew Butler, Commercial Director, South at OMEX, “Market conditions this year have been particularly difficult for fertilizer suppliers, however OMEX are committed to UK agriculture and our team are working tirelessly to ensure we have high quality product available for our customers throughout Spring season. Our latest record deliveries into ABP Ipswich mark a number of record achievements for OMEX, as the UK’s largest ever vessel of liquid fertilizer arrived at ABP Immingham in September.”