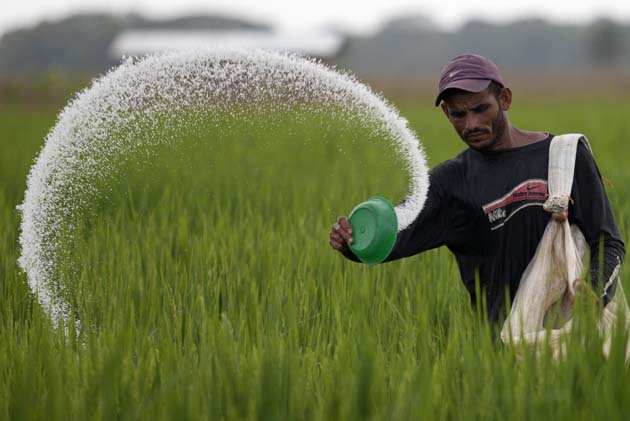 The Food and Agricultural Organization (FAO) has distributed irrigation pumps and fertilizer to 4,000 farmers in Borno State in Niger as part of efforts to restore their means of livelihood through crop and livestock production. The FAO also trained and empowered about 150 beneficiaries in aquaculture and its value chain. According to a 2018 post-harvest survey, the dry season support from the organization helped to generate N186,100 to each farmer from the sale of crops, including rice, tomato, and onions.
According to FAO’s representative in Nigeria, Suffyan Koroma, harvests from dry season cultivation provide income for farmers to meet food and other household needs during lean seasons. “Under FAO’s support this season, beneficiaries will receive a mix of vegetable seeds, including okra, amaranth, onion, tomato, cabbage, carrot and rice seeds. The collaboration between the Federal Government and the Nigerian military on the transportation of fertilizer will facilitate distribution of 25kg bags of NPK fertilizer to each farmer.” He also said water pumps would also be distributed to 4,000 farmers at several other council areas to help them gradually rebuild their asset base.
Meanwhile, in India, farmers’ organizations and experts have demanded during pre-budget consultations on the agriculture sector that the government ignore suggestions for ‘direct benefit transfer’ (DBT) of fertilizers subsidy and also that it sets up a high-level commission to deal with farmers’ issues. While seeking scrapping of the proposal to give fertilizer subsidy through DBT, the farmers’ main arguments revolves around the idea that this would have only one winner – the fertilizers industry. One Indian farmer body has reportedly suggested in the meeting with the ministerial officials that there should be zero GST on farm inputs such as fertilizers, seed, and agricultural equipment. It also sought that the ministry ban futures trading in agricultural commodities, arguing that the current practice did not benefit consumers and farmers.