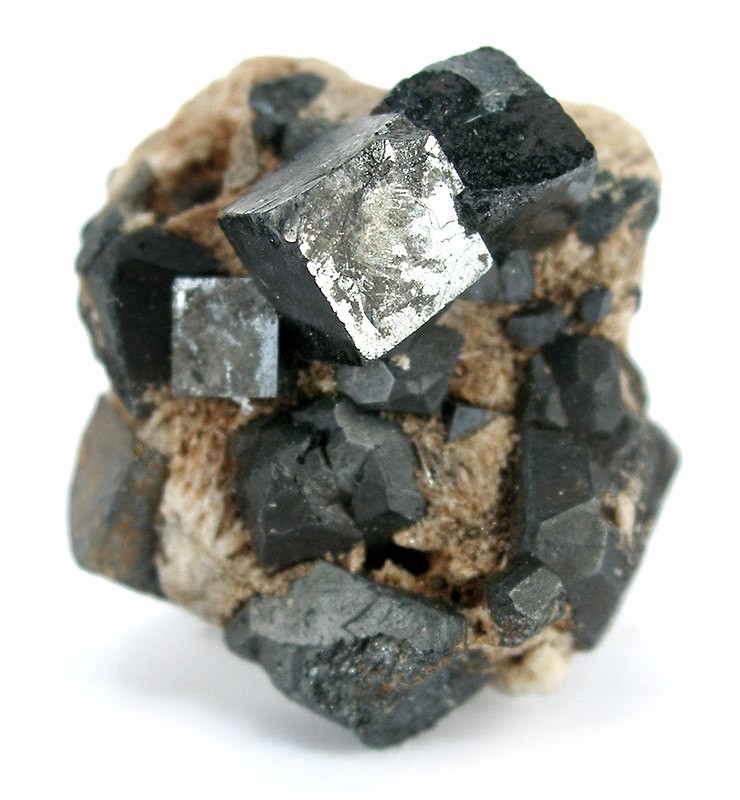 The “synthetic” minerals of calcium titanate structure we call perovskites have several unique properties. Now, a team in Japan has demonstrated their potential in the production of ammonia directly from hydrogen and nitrogen, perhaps opening up a whole new approach to the manufacture of this industrially and agrochemically important gas. Ammonia is used widely as an industrial reagent and in the formation of agricultural fertilizers, and there are also examples of it being used as a “clean” energy carrier for hydrogen gas for fuel cells.
Masaaki Kitano and his team at Tokyo Tech point out that the main barrier to a facile synthesis of ammonia from hydrogen and nitrogen gas is the surmounting of the high-energy barrier needed to split diatomic nitrogen. There have been efforts to make perovskites in which some of their oxygen atoms have been replaced with hydrogen and nitrogen ions to act as ammonia forming materials, but these too only work at a high temperature of more than 800 degrees Celsius and the reaction takes weeks to proceed to completion. These two factors had until now meant perovskites for all the hyperbole were perhaps not going to create a new ammonia process.
However, Kitano and his team think they have addressed the various problems. They have devised a novel method for the low-temperature synthesis of one of such oxygen-substituted perovskite, BaCeO3-xNyHz. They have tested their cerium-containing perovskite and found its performance as a catalyst for making ammonia to quite tenable. “This is the first demonstration of a bottom-up synthesis of such a material, referred to as perovskite-type oxynitride-hydride,” explains Kitano. The team tested its catalytic prowess under a range of low-temperature conditions and found it could produce ammonia much more efficiently and effectively than even the state-of-the-art competitors in this area, especially when it is combined with an adjunct metal catalyst in the form of ruthenium.
Ammonia has also made headlines this week at Marintec China in Shanghai. UK class society Lloyd’s Register (LR) has granted approval in principle to Dalian Shipbuilding Industry Co (DSIC) and MAN Energy Solutions for an ammonia-fuelled 23,000 tea ultra-large container ship (ULCS) concept design, the first ammonia as fuel design of its kind in China. Bjarne Foldager, senior vice president at MAN Energy Solutions, said that “developing ships fuelled by ammonia makes perfect sense as it has the potential in the future to be created from renewable, primary-energy sources such as wind, hydro or solar.” Mark Darley, LR North Asia president, added that “this is an exciting project, not only for LR who has had many firsts in this area, including the first hydrogen-fuelled ferry, Hydroville, but for the Chinese market as this is the first design of its kind and shows the country’s commitment to shipping’s decarbonisation journey.”