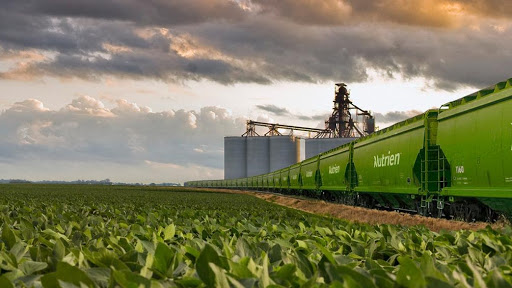 The ‘Nitrogen Fertilizers Global Market Report 2020’ report has just been published and is made available online at ResearchAndMarkets.com. It has found that the global nitrogen fertilizers market was worth $ 54.61 billion in 2019 and is expected to grow at a compound annual growth rate (CAGR) of 7%, reaching $70.62 billion by 2023. Some of the prominent trends that the market is witnessing include growth in environmental concerns, increase in demand for enhanced high-efficiency fertilizers, adoption of precision farming and protected agriculture. This industry report analyzes the market estimates and forecasts of all the given segments on global as well as regional levels presented in the research scope. It focuses on market trends, leading players, supply chain trends, technological innovations, key developments, and future strategies.
Globally, governments are investing to uplift the agricultural sector, thereby contributing to the growth in demand for fertilizers. For example, in 2014, the government of India announced plans to invest INR 50,000 crore ($ 7.4 billion) to set up two new fertilizers plants and revive four fertilizers plants in different parts of this South Asian country. Also, INR 10,000 crore ($1.5 billion) was invested by the government to build a national gas grid to support the fertilizers plants with gas supply. Similarly, in 2014, the Chinese government announced a total fund of 122.2 billion yuan ($19.7 billion) as subsidies to farmers for the production of grains and purchase of agricultural production resources such as fertilizers and pesticides. The initiatives taken by government to promote agricultural sector will drive the fertilizers market.
Nitrogen is one of the fertilizers majorly affecting the pH balance in the soil, whether its alkaline or acidic based on the type of the nitrogen fertilizer that has been used. pH value gives the measure of how alkaline or acidic a solution is. Crops are developing resistance with the increased usage of nitrogen fertilizers and it in turn leads to deterioration of soil and environment. For instance, according to Department of Primary industries and Regional Development, Government of Australia, the soil acidification is mainly caused due to ammonium nitrogen fertilizers, the major contributors of soil erosion by affecting the electrical balance in plants. Thus, the degradation of soil and environment by nitrogen fertilizer limits the growth of the market.
Another topic addressed by this study is the urea market that is witnessing rapid growth in fertilizers market as it controls air pollution by catalytic reaction. According to International Fertilizers Association (IFA), global urea capacity is going to increase by a net of 17 metric tons by volume for each year and the total production is estimated as 226 metric tones by 2021. Thus, the expected increase in production of urea promotes the sales of nitrogen fertilizers market.
In September 2019, Nutrien Ltd, a Canada-based fertilizer company that produces and distributes nitrogen, potash, and phosphate products for agricultural use acquired Ruralco Holdings Limited for an undisclosed amount. The acquisition is expected to enable Nutrien to compete in the global markets and strengthen the delivery of products and services to Australian farmers. Ruralco Holdings Limited is an Australia-based agricultural fertilizer company that specializes in manufacturing and distributing chemical fertilizers such as nitrogen fertilizers and seeds.