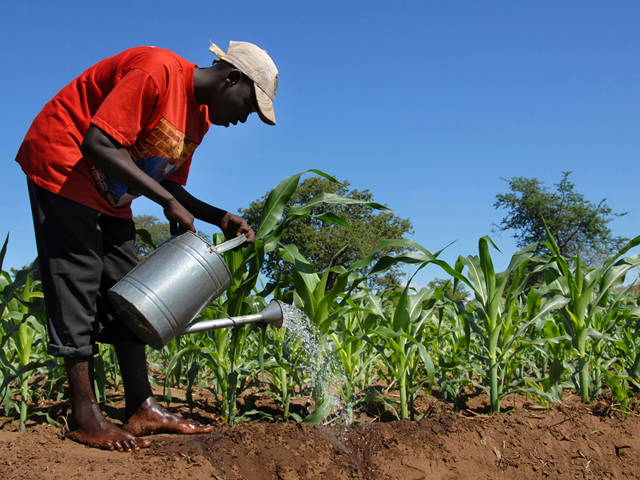 The Peasant Farmers Association of Ghana (PFAG) has approved of the government’s decision to increase the fertilizer subsidy by five percent, saying that they found upward adjustment of the subsidy from 21 to 26 percent significant and commendable.  Alhaji Mohammed Abdul Rahman, the National President, further said that he pleaded for further reduction of the price of fertilizers to make them even more affordable to the smallholder farmers.

Mr Rahman was speaking on the sidelines of the “Agro-ecology project” in Techiman, jointly funded by Open Society Initiative of West Africa (OSIWA), an NGO, the African Climate Change Adaptation Initiative (ACCAI) and Organization for Sustainable Agriculture and Rural Development (OSARD). The main objective of the project is to promote appropriate agronomic practices to sustain food production. Mr Rahman added that the Association did not know that the government had stepped up efforts to support the growth of the agricultural sector. The project will introduce organic fertilizer as part of its agenda, revamp the collapsed agro-businesses and irrigation projects, and pave the way for the improvement of the farmers’ access to agricultural extension services and the latest farming technologies.

Mr. Rahman moreover criticized the imposition of 20 percent tax on imports including agricultural equipment, saying that the farmers were already having difficulties to purchase this equipment and that the tax would make things worse for them. He also called for more steps to be taken to attract investors into the industry to support sustainable agriculture including agro-ecology and climate resilient farming. Under the project, an organic desk had been set up to discuss the implementation of the “Pro-Eco-Organic Africa Project” which seeks to provide scientific evidence and gather knowledge on the productivity and profitability of organic farming systems in Ghana and Kenya.