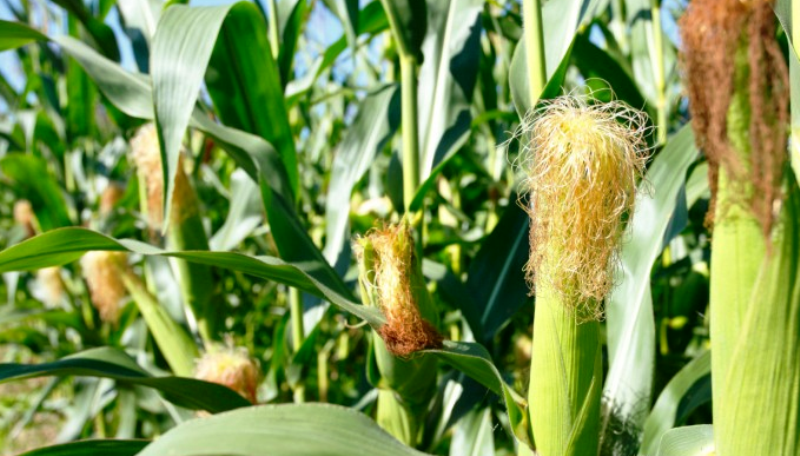 The Swiss-based International Potash Institute (IPI) has recently published a study that analyses the effects of polyhalite on the performance of winter maize crop on degraded soil in Northern Vietnam. Funded by IPI via the research project ‚Investigation of the Agronomic Efficiency of Polysulphate on Yield and Quality of Some Crops in Vietnam‘, the study focuses on maize, also known as corn, which is the primary material resource for 90% of livestock and poultry feed in Vietnam. The demand for maize in the country has increased due to the strong expansion of animal husbandry. Maize has spread throughout the world since the 16th century, and has become a staple food also in many other countries. In addition to being consumed directly by humans, maize is also used to produce ethanol, animal feed, and other products, such as corn starch and corn syrup. Maize is widely cultivated throughout the world, and a greater weight of maize is produced each year than any other grain. In 2018, total world production was 1.15 billion tonnes.
Maize production in Vietnam recorded a 12-fold increase from 1981-2014, with an impressive mean annual yield increase (10%). Nevertheless, a substantial yield gap exists between the current local mean yield (4.7 Mg ha–1) and those of leading maize producing countries, such as USA (12.8 Mg ha–1). Degraded soil fertility and commonly imbalanced fertilization practices were suggested among the major reasons for this yield gap. The study examined Polyhalite, a natural marine sedimentary mineral consisting of a hydrated sulfate of potassium (K), calcium (Ca), and magnesium (Mg), as a potential partial substitute for muriate of potash (MOP) as the K donor, with the advantage of more balanced mineral nutrition being a four-in-one fertilizer. An experiment was carried out from August until early December 2016 in northern Vietnam, comparing maize crop performance under six fertilizer treatments: farmers’ practice (120 kg K2O ha–1); control (no K applied); 60 kg K2O ha–1, applied through MOP; and 60, 90, and 120 kg K2O ha–1, applied through combinations of polyhalite and MOP at 1:1 ratio at the K2O level. All treatments received farmyard manure (FYM) at 10 t ha–1, 180 kg N ha–1 (urea) and 90 kg P2O5 ha–1 (superphosphate).
The combinations of MOP and polyhalite gave rise to significantly higher fodder yields, in grains as well as husks and corncobs. Interestingly, the differences between the three combinations were not statistically significant for most of the yield parameters, suggesting that lower K rates, such as 60 or 90 kg K2O ha–1, might be sufficient to obtain reasonable maize yields. The contribution of polyhalite to prolonged K availability, and to more balanced crop nutrition, was especially demonstrated when treatments with a similar K2O rate (60 kg ha–1) were compared; the combined fertilizer displayed significantly greater vegetative biomass and kernel yield. An economic analysis showed that under the circumstances of the present study, the polyhalite and MOP combination at a rate of 90 kg K2O ha–1 was the most profitable practice, far above the output from farmers’ usual practice. The economic analysis also clearly demonstrated that no K application might lead to a substantial loss on investment.
In conclusion, adequate K supply is essential to profitable winter maize production under the climatic and edaphic conditions in northern Vietnam. Furthermore, combining polyhalite and MOP at a K source ratio of 1:1 enhanced most of the aspects of maize crop performance, compared to local farmers’ usual fertilizer practice. Moreover, the fertilizer input can be reduced from 120 to 90 kg K2O ha–1, with its positive environmental consequences. These findings have opened new horizons in enhancing maize and other crops’ performance in Vietnam.