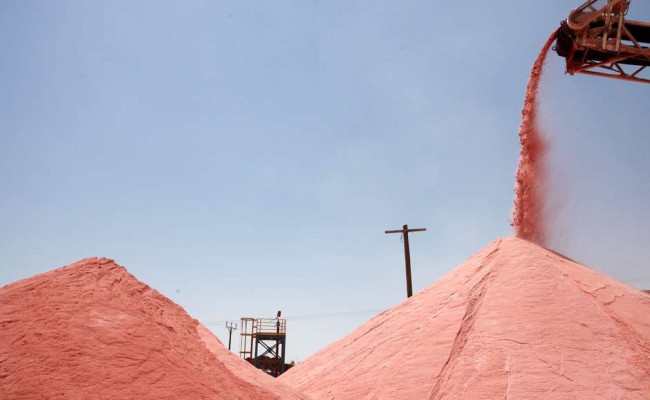 Israel Chemicals Ltd. (ICL), a multi-national manufacturing concern, developing, producing and marketing fertilizers, metals and other special-purpose chemical products, announced that it had signed a number of contracts to supply an aggregate 750,000 metric tons of potash, including options, to its buyers in India. The deals are for delivery between August 2017 and July 2018. The quantities agreed on in this year’s contracts are approximately the amounts sold by the company to its Indian buyers in 2016. Selling prices are $13 per ton higher than the price stipulated in the previous year’s contracts.

Mr. Ofer Lifshitz, President of ICL’s Essential Minerals Division, commented that “we are pleased to have signed potash contracts with our Indian clients whom we have served for many years, and which illustrate our role as a leading player in this strategic market. The signing of these agreements demonstrates that demand for our potash products in India remains strong and stable. We appreciate the trust placed in us by our Indian customers.”

ICL serves mostly three markets: agriculture, food and engineered materials. The company produces approximately a third of the world’s bromine and is the world’s sixth-largest potash producer. It is also a producer of specialty fertilizers and specialty phosphates, flame-retardants and water treatment solutions. ICL is majority controlled by the Israel Corporation, which is one of Israel’s biggest conglomerates. ICL’s exports accounts for 90% of its sales. The company exports fertilizers to Europe and to many specialty chemical market segments. In Israel, it is the largest supplier of crop nutrients and chemicals. 60% of ICL’s minerals are excavated in Israel.