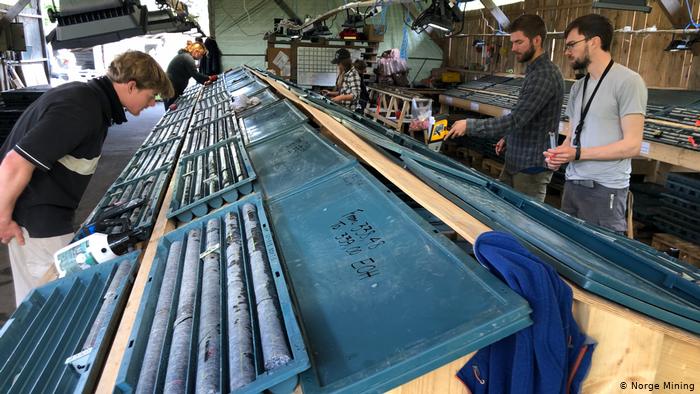 The huge deposit of critical raw materials Norway has discovered could make the European Union less dependent on Russia and China and boost the bloc’s energy transition. A Swiss company has recently been awarded five licenses for a lucrative phosphate deposit in Norway which had previously caught the attention of local scientists. What sounded rather unspectacular at first has turned into one of Europe’s most fascinating discoveries. The huge deposit in Norway, not an EU member, has certainly piqued the interest of the 27-member bloc and China. Some experts even claim that this is the biggest deposit of its kind globally, which could produce 70 billion to 80 billion tons of ore-containing material.
Backed by Swiss and German investors, Norge Mining was established in the UK in 2018. The company started taking soil samples in the Dalane region in sparsely populated southwestern Norway. Besides phosphates, two other important minerals were found: vanadium and titanium. Vanadium is tipped to become the most important raw material of the future. About a tenth of all globally mined vanadium is currently used to produce high-performance batteries that store renewable energy. Vanadium batteries are far superior to conventional lithium-ion batteries. They can be charged faster and survive 10 times more recharging/discharging cycles without losing performance. Besides that, recycling them is easier. Titanium is important for the steel industry, while phosphates are required for the production of fertilizers.
The Norwegian mega deposit has spurred the EU’s interest, all the more since phosphate, vanadium and titanium are on the European Commission’s list of critical raw materials. The list contains 30 rare earths and other minerals which are classified as crucial for the bloc’s economic and climate protection policies but predominantly need to be imported. Often, importing these materials is risky or complicated. China, for instance, has reserved the right in its latest five-year plan to curtail exports of rare raw materials should they be needed for domestic production. Over 60% of the EU’s phosphate, vanadium and titanium supplies come from China, along with 20% from Russia and the rest from Kazakhstan, Morocco and other African nations. By 2030, demand is likely to soar — up to 58% for vanadium alone, according to Berlin-based consortium EIT RawMaterials.
Seeking to reduce the risk of supply bottlenecks, Brussels has created the European Raw Materials Alliance (ERMA). The initiative is backed by 160 companies, including Norge Mining, to make raw-material supply chains resilient. But the company hasn’t specified just how much vanadium, titanium and phosphates it aims to supply to the bloc, arguing it’s too early to say. After all, it will take about five years to begin extraction. But the European Commission is already in talks with Norwegian authorities about potential supplies. Oslo, with its dwindling oil reserves, is already readying itself for the post-fossil fuel era. Extracting and exporting rare earth minerals could become a new pillar of economic growth.