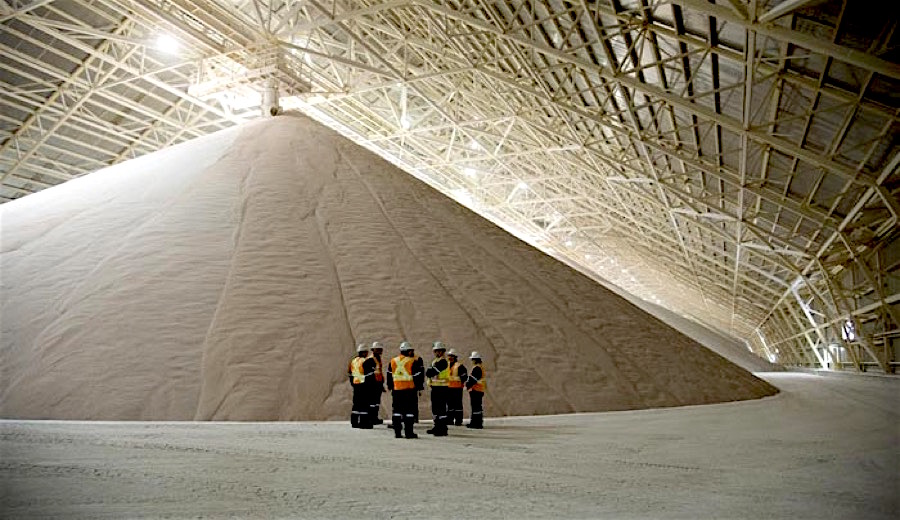 INCITEC PIVOT Ltd, an ASX listed international company that manufactures, markets and distributes a range of industrial chemicals, fertilisers and explosives, has announced that its wholly-owned subsidiary, Incitec Fertilizers Pty Ltd (IPF), has entered into a 20-year off-take agreement with Perdaman Chemicals and Fertilisers Pty Ltd (Perdaman) with a commitment to take up to 2.3 million tpy of granular urea fertilizer from Perdaman’s proposed urea plant at Karratha in Western Australia. The AUS$4.3 billion Karratha urea plant in Western Australia is scheduled to start production in 4Q25, with construction due to begin in 1Q22. It will be Australia’s first world-scale urea plant, converting Australian gas into urea. The offtake agreement is subject to the satisfaction of certain conditions precedent which must be satisfied by no later than a date which is 18 months from execution of the agreement. The primary condition precedent relates to Perdaman obtaining financing for construction of the new plant.
YARA PILBARA, the Western Australian division of Yara International, and ENGIE have announced they are to build a renewable hydrogen plant to produce renewable ammonia. As part of the ARENA Renewable Hydrogen Deployment Funding Round, the Australian government is providing strong support for this project with a AUS$42.5 million grant. Scheduled for completion in 2023, the facility will be one of the world’s first industrial-scale renewable hydrogen production operations. The project, which builds on the Pilbara’s renewable energy potential, comprises the development, construction and operation of a renewable hydrogen plant within the existing Yara Pilbara ammonia plant to deliver green ammonia to customers for decarbonising emissions from power generation, shipping, fertilizer or mining explosives. The key elements of one of the project are the construction of a 10 MW elektrolyser; building of an on-site facility of photovoltaic panels; and the construction of a battery storage system that will allow the plant to operate without being connected to the main electrical grid. Scheduled to commence production in 2023, the first concrete phase of the project will produce up to 625 t of renewable hydrogen and 3700 tpy of renewable ammonia. This initial first phase would be key to enable the facility to become the “Pilbara Hydrogen Hub”, building on the existing export infrastructure.
SALT LAKE POTASH (SO4), an Australian mineral exploration company, has received its Part IV Environmental Approval for the Lake Way project covering full-scale operations of 245 000 tpy of sulfate of potash (SOP). The company’s Part IV Environmental submission has been approved by the Australian government, having been recommended by the Environmental Protection Agency (EPA) with no appeals in January 2021. The permit enables SO4 to finalize construction of pond trains 4-6 as well as associated trench and bore construction that will support full scale operations at Lake Way. Construction work on the final components of on-lake infrastructure will commence this quarter. “Receiving final Environmental Approval over the full Lake Way project will enable our team to commence construction of the remaining on-lake infrastructure and deliver the full scope of the Lake Way project. We look forward to commencing work shortly on this final phase,” said Tony Swiericzuk, CEO.