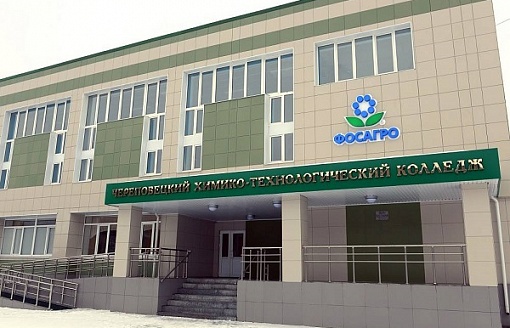 ARIANNE PHOSPHATE, a Canadian mineral exploration company headquartered in Saguenay, Quebec, has initiated a research program in collaboration with the Environmental and Biotechnology Research Group of the Cegep Riviere-de-Loup aimed at the development of a new breed of fertilizers using organic waste and Arianne’s high-purity, low-contaminant phosphate concentrate. Currently, the industry practice is to take mined phosphate concentrate and ship it to a phosphoric acid facility. There, it is combined with sulfuric acid and other ingredients to make ‘downstream’ phosphate-based fertilizers such as MAP and DAP. By working with both research and commercial organizations, Arianne is looking at ways to alter the traditional process and combine its concentrate with organic waste or other bacterias that would allow its phosphate concentrate to effectively be used in farming without the requirement of traditional acidulated fertilizer products. Due to the rare geological nature of its Lac à Paul deposit in Canada, Arianne will produce a high-purity, low-contaminant phosphate concentrate. By not having the deleterious elements found in most phosphate deposits globally, such as radioactive elements and heavy metals, the company believes its concentrate will be in high demand, not only by traditional fertilizer producers but also, those who are looking to target high purity agricultural and food applications such as organic fertilizers, food preservatives and animal feeds.
MA’ADEN, a leading mining and metals company in Saudi Arabia, has announced it has renewed its phosphate fertilizer supply agreement with Bangladesh Agricultural Development Corporation (BADC) to supply phosphate fertilizers for the year 2022/23. Building on a long-standing relationship that started since 2016 to support Bangladesh’s farmers along with Bangladesh’s food security and sustainability. BADC is a government-owned corporation that imports fertilizers to Bangladesh under the umbrella of the Bangladesh Ministry of Agriculture. “We are pleased to continue to offer quality, reliable fertilizer supplies to Bangladesh,” Hassan Al-Ali, SVP, Phosphate & Industrial Minerals SBU, commented on the contract signing. “We hope to demonstrate our ongoing commitment to Bangladesh Ministry of Agriculture and BADC by building on our long-term relationship for many years to come.” Ma’aden has developed a strong position as a key global supplier of phosphate fertilizers, reaching a global presence in all continents. The Champion of national mining in Saudi Arabia, has — in a record time — became the leading multi-commodity company for the development of the Saudi mining and minerals as the third pillar of Saudi industry.
PHOS-AGRO, a Russian chemical holding company producing fertilizer, phosphates and feed phosphates, has announced the launch of industrial trial runs for the new +10 m level at the Kirovsky mine of the Apatit mining and beneficiation plant. The first 400-t batch of ore from the new level was delivered to the processing plant. The Kirovsky mine remains the flagship mine of the Kirovsk branch of Apatit, part of the PhosAgro Group. It implements key investment projects to develop the enterprise’s ore and raw material base. Developing the +10 m level is the largest of them. It compensates for levels that are being shuttered and will not only maintain the mine’s overall output volumes but will also increase them from 22.8 million t in 2021 to 25 million t of ore by 2025. The output of the +10 m level is expected to reach 1.6 million tpy of ore in 2022, 2.7 million t in 2023, and by 2028 it will reach 9.4 million tpy. Around 2000 people from more than 50 contractors were involved in the installation and preparation of the facility for operation. The work was carried out underground, without the use of cranes due to limited space. Kirovsk Branch of Apatit is a 90-year old mining and processing plant that was incorporated in 1929 as Trust Apatit to mine the unique apatite-nepheline ore from the Khibiny deposit. This is one of the world’s biggest and richest deposits and the main source of phosphate rock in Russia, unique in terms of environmental friendliness and safety.