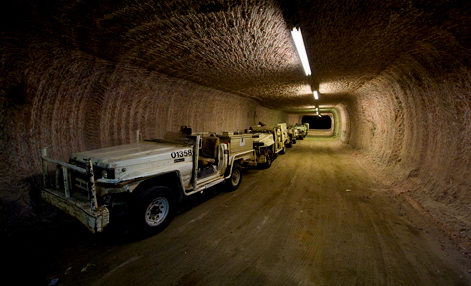 The Covid-19 outbreak has shocked the financial world, injecting uncertainty into markets and driving economies to the brink of recession. It seems every sector has experienced some sort of disruption as a result of COVID-19, with some feeling the impact of country shutdowns and broken supply chains more than others. The potash space was optimistic about this year’s potential after 2019 proved challenging for the agriculture additive industry. However, much of that excitement has now turned to apprehension about the length and lasting toll of the global pandemic. To help investors navigate the unprecedented uncertainty in the current market, the Investing News Network has gathered the following responses (as of 30 March) from potash companies to the COVID-19 crisis.

Sector leader Nutrien has implemented measures to help curb the spread of the coronavirus, while also providing a critical element to the food supply chain. “As an agriculture industry, we need to look ahead to future food production to ensure this isn’t a long-term issue. Nutrien is at the beginning of the food supply chain, and our role as an essential service, is more critical than ever,” reads the company’s announcement. The world’s largest potash producer goes on to note that farmers need to be supported at this crucial time, especially as the spring planting season begins in Canada. The government of Canada, the top country for potash production, has announced it will allow agricultural temporary foreign workers into the country as an exemption to the nation’s travel ban; however, closures at Mexican visa offices have left Canadian farmers concerned they will still be shorthanded.

International miner BHP owns the Jansen potash mine in Saskatchewan, and has been implementing new protocols directly related to the COVID-19 pandemic. Plans to install liners in the service and production shafts at Jansen have been reduced to help keep the number of employees on site down. The company has also introduced an accelerated payment program to support First Nations, Métis and local community businesses and communities in Saskatchewan.

Major company Mosaic has three potash projects in Saskatchewan, as well as more than two dozen phosphate operations in the US and South America. The employees at Mosaic are working from home, and this agricultural additive company has also restricted business travel and formed a response team to oversee its COVID-19 action plan. Mosaic’s investment thesis highlights the potential value of buying now, its report reads, because its shares are “currently trading at less than 50 percent of net tangible asset value, creating a significant long-term investment opportunity,” adding that “people need to eat, and fertilizer is critical to ensure adequate food supply.”

Israel Chemicals has potash and phosphate projects around the world. The Tel Aviv-based company has recently reported its compliance with government regulations, referencing its enhanced actions to safeguard employee health and safety. In reaction to mounting concern about growing cases in Spain and in adherence to directives from the government, Israel Chemicals has halted activity at its Spanish mine as well as at a ramp-up project. Manufacturing at the firm’s sites in China is ongoing. In its announcement, Israel Chemicals was soberly honest about the unknown implications this unprecedented event is having on the world. “… the company is unable to accurately assess the impact of the COVID-19 virus pandemic on the company, due to, among other factors, the heightened volatility in the markets, the uncertainty regarding the duration of the pandemic, the extent of its impact on the markets in which the company operates, and additional countermeasures governments and central banks may take,” it reads.

Highfield Resources is also focused on Spain, where it is currently working to develop the Muga project. “Fortunately, as a pre-operations company, we have far fewer risks than many others,” the company’s recent report reads. “We are required to operate within the constraints of broader measures being imposed in Spain and may suffer the ensuing impacts and consequences.” On 29 March, Spain issued a royal decree mandating that all employees of non-essential businesses remain at home between March 30 and April 9. While the country’s mining sector has not been deemed essential, companies that participate, supply and maintain the manufacturing industry have been given that designation.

Potash developer Sirius Minerals was acquired by mining major Anglo American in mid-March to develop the Woodsmith potash project. While owned by Anglo, Sirius remains the developer of the project and both companies have issued statements regarding the status of the UK project, which requires several sunken shafts to be completed. Sirius noted that it was increasing hygiene measures, social distancing and temperature monitoring. In another recent report, Anglo American reported it is winding down operations at the site. “In line with the British Government’s measures to prevent the spread of COVID-19, Anglo American is in the process of pausing most construction and development activity on its Woodsmith polyhalite project,” the Anglo release states. “Appropriate action is being taken to enable safe and swift resumption of work.”

Gensource Potash, which is developing the Tugaske potash project in Saskatchewan, has opted to have its employees to work remotely during the pandemic. The company has also canceled travel plans and intends to have its general meeting on 29 May virtually. “Gensource has been proactive in engaging with its debt and equity partners to evaluate potential impacts that may ensue due to COVID-19 and the associated financial market turmoil currently unfolding,” reads a company statement. “We are pleased to advise that all parties remain focused and engaged in all the work streams required to see the project through to financial close.”