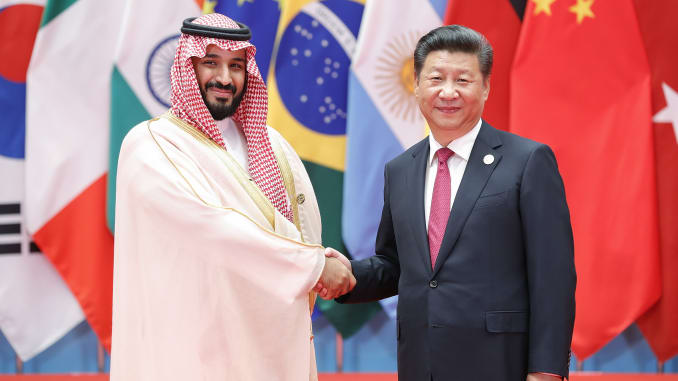 Months of violent protests in Hong Kong, a trade war with the US, an epidemic that has brought the pork industry to its knees, and a slowing global economy – with all these challenges, China, the world’s top oil importer, is really wary of being hit by a higher imported fuel bill. Moreover, with the increasing instability in the Middle East, China may be forced to rethink its energy supply mix.
A record 14 percent surge in oil prices on 16 September – in the wake of drone attacks on oil refineries in Saudi Arabia – served to underscore China’s reliance on imported energy, and the importance of Beijing’s plan to diversify the country’s energy sources. China’s unease has also likely been heightened by the missile attacks of 11 October on an Iranian oil tanker that caused a 2.4 percent jump in oil prices and the prospect of broader unrest throughout the Middle East now that Turkey has moved forces into Kurdish areas of Syria.
“The increase in oil prices will clearly raise the cost of imported crude supply for Chinese refineries,” said Julian Inchauspe and Roberto Aguilera, energy economists at Curtin University in Perth, adding that “in some cases, it will be possible to substitute to other fuels like natural gas and coal, which will boost prices of those commodities,” they said in a joint response. Against the backdrop of heightened instability across the Middle East, China’s Premier Li Keqiang recently held a special meeting with top energy officials stressing the need to maintain energy security amid rising global tensions and the country’s supply challenges. Li said his country needed to further tap its own coal resources, boost domestic gas and oil exploration, and push for more hydropower, wind and solar energy to diversify its energy sources.
While all of these options come with pros and cons, analyst say that, in the long run, China appears to have little choice but to give renewables a major boost. While domestically produced coal gives China a valuable energy security buffer, over-reliance on it has in recent years resulted in pollution red alerts being declared China’s capital and 21 other big cities. The preferred solution is nuclear power that, however, generates large amounts of toxic waste that can take hundreds of years to degrade, while hydroelectric projects displace entire communities and ecosystems. Still, for the time being, imported oil remains crucially important for China’s economy, with Saudi Arabia accounting for more than 15 percent of China’s crude imports.