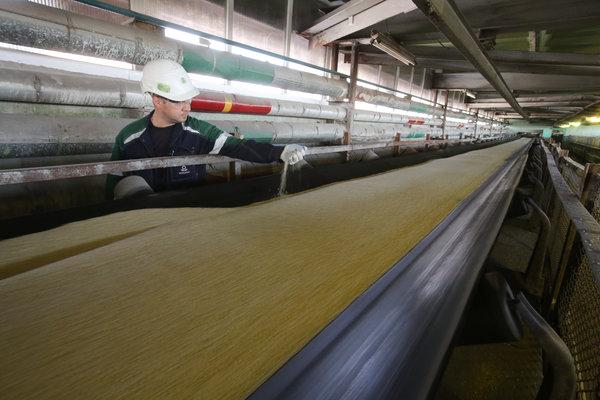 Fertilizer does not seem to be an obvious area of EU-Russia geopolitical tensions but with the Kremlin working towards increasing its sphere of influence all across Europe, European officials are now faced with some tradeoffs. As EU officials are likely moving on new environmental regulations, a debate over environmental standards is re-focusing on the line between business and Moscow’s political agenda. “It’s all part of the same effort,” stressed Frank Montoya Jr., a former top FBI counterintelligence official. “The businesses develop relationships, and through those relationships, they try to leverage policy.”

The trade group Safer Phosphates is seemingly a great fit for the environmentally-minded EU. It lobbies for cleaner soil and healthier food and supports legislation that imposes tougher regulations on fertilizer business. Yet, the firm is not run by environmentalists – in reality, it is operated by the Russian fertilizer company PhosAgro, whose leadership has close ties to the Kremlin. The environmental regulations that Safer Phosphates is backing could help PhosAgro to get foot in the European door.

For years, Europeans have not been paying much attention to the blurred line between politics and business. Following the news of state-sponsored Russian efforts to mingle in the elections in the United States and Europe and the poisoning of a former Russian spy on British soil, officials in Brussels became much more attentive. Long before that, though, Russia had used environmental issues to promote its interests. Bulgaria and Romania had accused Moscow of secretly financing demonstrations against domestic fracking, which is a threat to the Russian natural gas industry.

While not every Russia company has political ties to the Kremlin, the most recent cases of Russian infiltration have intensified the suspicion. While PhosAgro dismissed a potential Russian government involvement in its efforts, 19% of the company is owned by Vladimir Litvinenko, a former high-ranking official for Vladimir Putin’s political campaigns. The choice for the EU now, therefore, is to decide whether to impose strict limits on the levels of cadmium, a toxic metal in crop nutrients. Unlike its competitors, PhosAgro happens to have access to a stockpile of fertilizer minerals that are naturally much lower in cadmium. The EU has almost no domestic supply of phosphate and relies heavily on imports. Morocco is its leading supplier followed by Russia, which accounts for about a third of the supply.