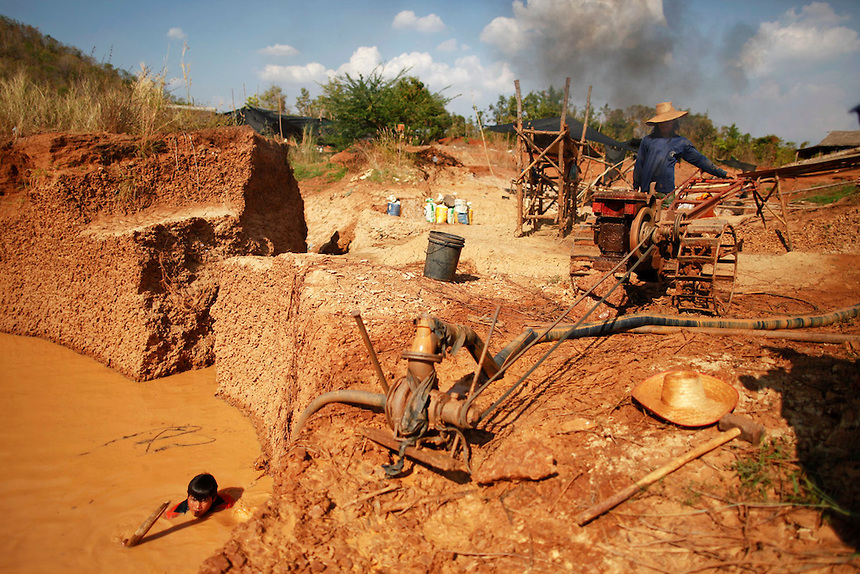 Thai environmental lobbying groups have called for the immediate suspension of potash and gold mining in the country, which they say poses a serious threat to both the environment and people’s health. According to Prinya Netulaya, the former chairman of the Geological Society of Thailand, the government’s policy of promoting both industries was not good enough saying it does more harm than good. Mr Prinya pointed out that Thailand has only received a small amount of money from mining concession fees but the industry’s hazardous activities undermine the potential benefits.

Mr Prinya brought up the controversial case of Akara Mining Resources Co Ltd, which owns a gold mining field in Phichit province. The company has been in conflict with the locals over gold-mining operations, which are harmful to health and the environment. “The gold ore is under our motherland. Why do we let this company reap all benefits? All the gold ore is exported,” Mr Prinya said and added that “what we have left is only a small amount of money from the concession fees. The mining firm should be closed as its operations have posed many problems to the local community.”

Opponents of the government’s mining policies say that there should be a clear decision whether to continue mining projects or put them on hold as they have caused serious problems for local people and their communities. Critics say that the country is not yet ready for the implementation of gold and potash mining promotion policies. Although potash deposits have been known for decades, Thailand is still a potash importer despite the fact that the country is an agricultural powerhouse. The Southeast Asian country is the world’s number one rice exporter and about a half of the working population lives off land.