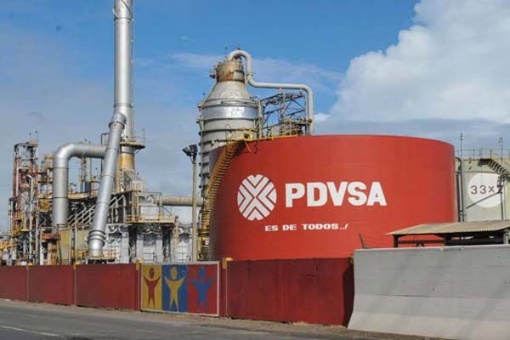 Petroleos de Venezuela (PDVSA), the Venezuelan state-owned oil and natural gas company, has been accused by the country’s congressional commission of embezzling about $11 billion in funds while Rafael Ramirez was at the helm from 2004-2014. Freddy Guevara, controller commission president and a member of one of Venezuela’s hardline opposition parties, put this number into perspective – “It is more than the (annual) budget of five Central American countries.”

Analysts have been for long accusing the company of corruption but PDVSA has claimed that it is merely the target of the right-wing smear campaign led by the United States and compliant Western media and international community to sabotage socialism. The congressional commission has based the current accusations on documents from PDVSA, auditor KPMG and foreign investigations. It has called on the National Assembly to deem Ramirez “politically responsible” for the missing money and suggested a “no-confidence vote” against the current PDVSA President Eulogio Del Pino. “We’re seeking lawsuits – criminal and civil – against all those involved here,” Mr. Guevara said. Neither PDVSA nor Mr Ramirez has commented yet.

PDVSA has dominated the Venezuelan oil industry since it was nationalized in 1976. The company brings in about 95 percent of the country’s export revenues and it has been keeping the country financially at bay during the 17 years of leftist rule in the country that is the world’s fifth largest oil exporter. Venezuela is amidst a protracted economic crisis due to continuously low prices of oil. According to the International Monetary Fund (IMF), the country is expected to dive deeper into the abyss this year. The IMF predicts that Venezuela’s economy will shrink 10 percent this year, worse than its previous estimate of 8 percent. It also estimates that inflation will soar to 700 percent this year, up from the earlier estimates of about 480 percent.