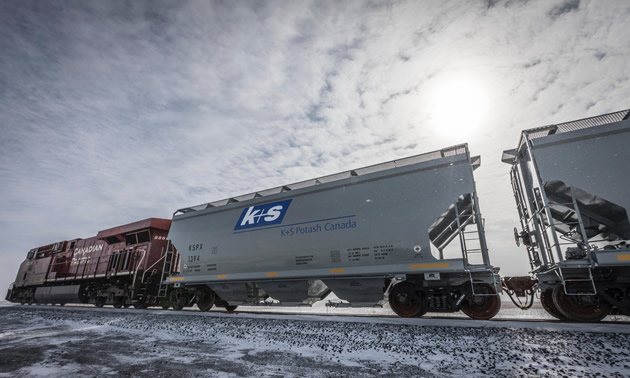 K+S Potash Canada and its partner Amec Foster Wheelers, who is in charge of the project management and design, hope to start production at the Legacy mine in the Canadian province of Saskatchewan by the end of this year. The $4.1bn project is poised to produce 2.86 million tons of potash a year once at full capacity. Earlier this month, the company bought the first 177 of 531 custom-built rail cars, demonstrating just how close they are to starting production.

K+S said that its trains would travel along 30 km of Canadian Pacific’s (CP’s) recently constructed Belle Plaine subdivision, which connects CP’s main line at Belle Plaine to 14 km of newly constructed industrial rail line. Part of the cars will also be used to transport potash to the United States. AmecFW’s Senior Vice President Mining, Duane Gingrich, said that the developers had been able to reduce the project’s footprint and volume by 45%, saving nearly $100 million in cost of concrete. At the same time, he added that they had also been able to make considerable savings by designing and fabricating items away from the site.

The K+S Potash Canada Legacy Project mine site is the first new greenfield potash mine in Saskatchewan in more than 40 years. The project will use underground solution mining to extract ore at greater depths than conventional mining methods. Potash prices have suffered after four years of lowering farm incomes due to the reduced overall demand for crop nutrients. However, conditions are improving for the global market with crop nutrients as the world’s demand is expected to go up in 2017 as North American farmers seek to replenish soil nutrients following a record harvest.