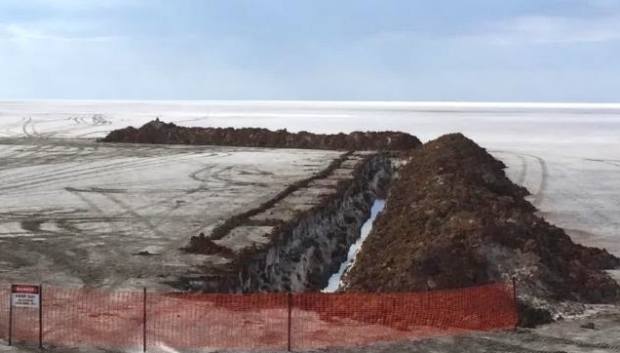 The remote West Australian potash mining company Agrimin Limited is planning to use solar thermal energy to power 70 percent of its operation. The Perth-based company owns a sulphate of potash project on the WA-Northern Territory border at Lake Mackay, approximately 540 km west of Alice Springs. The beginning of the construction is planned for 2019 as the company is planning to process its raw product into an export-ready crop nutrient. Agrimin has also teamed up with the Danish company Aalborg CSP to build a solar heating system alongside the processing facility.

The company’s CEO Mark Savich said that the solar plant would be used to heat water, which is also a central part of the fertilizer processing plant. He added that keeping water heated at 55 degrees Celsius would use approximately 70 percent of the total consumption in the facility. “What we’re looking at is a solar thermal energy system similar to [a household hot water system],” he said and also added that it would be “one that gives us constant heat through night and day and through winter and summer and that’s where this technology from northern Europe is quite amazing.”

The company is aiming to reduce cost and reliance on traditional sources thanks to solar thermal technology. Mr. Savich pointed out that the solar thermal technology would decrease both reliance and cost on traditional sources, saying that “the more we can move ourselves away from being dependent on not only fossil fuels, but also third parties such as gas providers and gas pipeline providers and towards something we have control of; that is really where we want to go.” The company will also look into other renewable and non-renewable options to cover the remaining 30 percent of its requirement for processing and site infrastructure.