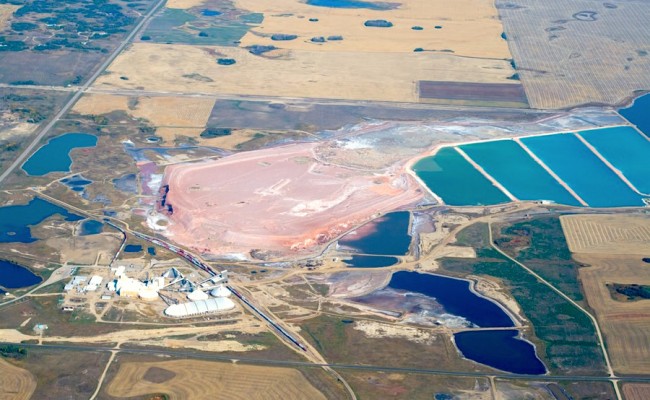 A Saskatoon-based potash development company Gensource Potash Corp. is looking into disrupting the world’s fertilizer business, as it is one step closer to the completion of a joint venture with the Indian conglomerate Essel Group with the aim of constructing a new solution mine in southern Saskatchewan. Both companies announced this week that they have formed Vanguard Potash Corp. and are planning to build a 250,000-ton-per-yer mine on one of the local company’s properties near Moose Jaw.

“This is the most significant milestone for Gensource to date,” Gensource CEO Mike Ferguson, who was previously instrumental in developing the K+S Potash Canada’s Legacy project, commented in a statement and added that “our investors are aware that Gensource’s business plan has been to create a joint venture with a strategic partner who can bring the required financing and commercial expertise to the project.” Under the terms of the new project, Gensource will provide Vanguard with a 49-per-cent stake in its mineral lease on the land while Essel Group will contribute up to US$205 million to the joint venture in exchange for an eventual 70-per-cent stake in it. The first US$5 million will cover a feasibility study that will underpin the whole project.

The expected cost of the construction of the mine’s first phase is US$200 million. Both companies say that they could eventually build more phases, up to one million tons per year. “Vanguard is a key part of EGME’s portfolio, and this (joint venture) underlines our continued long-term commitment to developing high-quality assets in the natural resources sector,” EGME Joint Managing Director and group CEO Punkaj Gupta said in a statement. Gensource’s business strategy relies on “selective dissolution” mining technology, which eliminates the need for surface tailings deposits to extract potash, which can then be sold to international consumers.