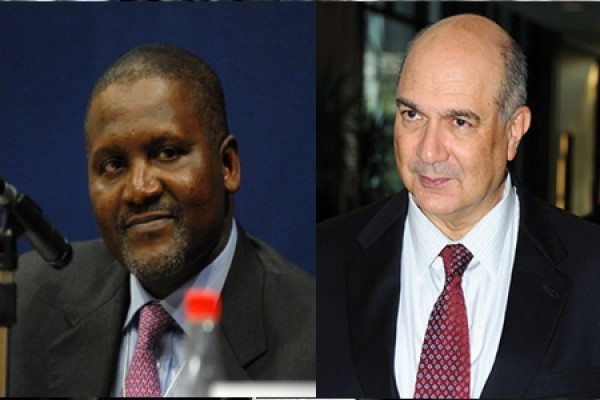 Dangote Group, a Nigerian multinational industrial conglomerate owned by Africa’s richest man Aliko Dangote, announced it was planning to buy phosphate from Morocco to feed a fertilizer plant located in the state of Edo in Nigeria. Dangote Group is the largest conglomerate in West Africa and one of the largest on the African continent. In 2015, it generated revenue in excess of US$3 billion.

In a business forum in Lagos, Nigeria, the company said it was very close to finalizing a deal with the Moroccan Cherifian Office of Phosphates (OCP), to supply phosphate, but did not reveal any additional details. OCP, however, announced record sales for the first half of the last year and said that it projected total fertilizer output in Morocco’s plants to reach 10 million tons next year.

The Moroccan national phosphate company controls 36 percent of the world’s raw phosphate market, and about a half of the phosphoric acid market. Morocco also controls 70 percent of the global phosphate reserves. The new fertilizer plant in Edo is part of the Dankote Group’s efforts to boost Nigeria’s status as an exporter of raw materials and a goods exporter, in addition to expanding the West African country’s economy into new markets, Mr. Dangote said and added that “our projects are mainly import substitution.”

Dangote Group’s publicly listed companies account for about 33 percent of the Nigerian Stock Exchange’s market capitalization. The firm is currently doing business in cement, food, oil and sugar. Over the past 4 years, Dangote has secured funding including loans and other forms of capital totalling about $16 billion with the aim to build a number of industrial projects across Nigeria including the Edo fertilizer plant and the biggest oil refinery in the world.