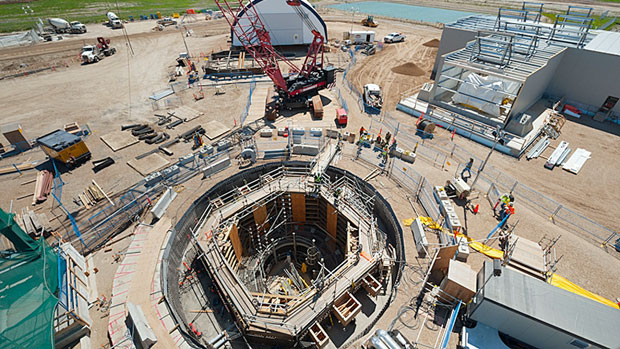 Jansen Potash mine is a project of the world’s largest mining company, BHP Billiton, and it is set to be one of the world’s largest potash mines. Although the future of the mine has been subject to numerous speculations, the mining giant insists that it remains committed to the project despite the negative conditions in the crop nutrient market.

Potash prices peaked at about US$900 per ton in 2008, and have since gone down to less than US$300 per ton. Saskatchewan’s government said it expects prices to average at around US$267 per ton during this fiscal year. Other firms have already taken steps to face the weak market including downsizing, production freezes and temporary shutdowns of their mines. Jansen mine is planned to have a production capacity of 8 million tons annually, which is about 15 per cent of the current global supply. To compare, the Mosaic Company’s Esterhazy mine will have an output of about 6.3 million tons per year once its most recent expansions is finalized.

Up until now, BHP Billiton has invested about US$3.8 billion in Jansen mine, US$2.6 billion of which was designated for surface construction and the sinking of shafts three years ago. Chris Ryder, BHP Billiton Canada’s Head of Corporate Affairs, said the company does not release capital cost estimates, but analysts have forecasted that the cost would be about US$14 billion to make the mine operational. “The approach we take will continue to be a measured approach and a phased approach, so that we can enter the market in a controlled manner,” Mr Ryder said and added that the company “has always said that is consistent with our plan to ramp Jansen’s production up during the decade following 2020”.