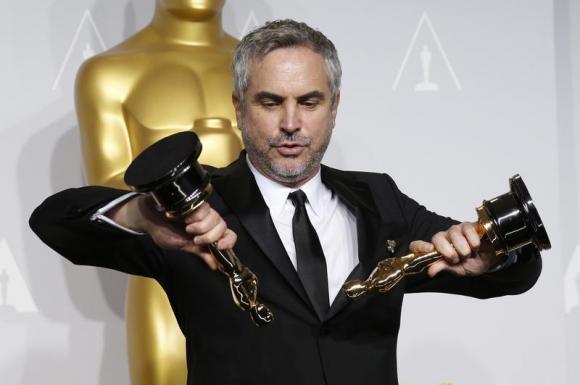 The Oscar-winning director Alfonso Cuaron has recently started political activism focusing on Mexico’s planned energy reforms. The Mexican film-maker living in London has published a full-page ad in Mexican newspapers addressed to the Mexican President Enrique Pena Nieto, in which he demanded answers to 10 crucial questions about his government’s controversial energy reforms.  The director explains that his initiative is a response to the interview that President Pena Nieto gave two months ago dismissing Mr Cuaron’s earlier expressions of oppositions to the energy policy.
In the ad, Alfonos Cuaron says that “I am not informed because the government you head has not shared with me – with us Mexicans in general – the indispensable things we need to understand it,” adding that “I await your response, alongside many Mexicans”. The famous director opposes the constitutional reform approved by the national legislature last year without much discourse on the topic. According to the reform, Mexico’s state-owned energy sector should be privatized, whereby the government is in charge of defining the scope and nature of how the opening to private-sector privatization should look like.
Cuaron’s 10 questions therefore cover more details on how the private intervention should look like. Specifically, he asks questions about detailed measures of environmental protection or potential impacts and consequences of accelerated production. One of his questions also touches upon corruption when he says that “in the country like ours” (meaning Mexico), the rule of law is so weak or absent that large-scale corruption can be hardly avoided. President Pena Nieto answered to Cuaron’s initiative on his Twitter account saying that it would surely contribute to understanding of the reforms’ reaches and benefits.