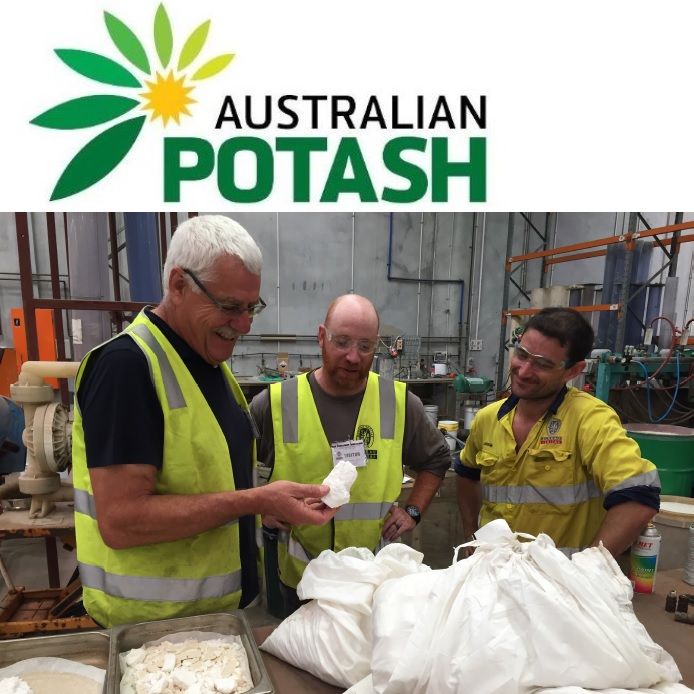 There are two types of commonly used crop nutrients – muriate of potash (MOP) and sulphate of potash (SOP). MOP is the most common type, accounting for about 90 percent of the globe’s potash, and is being used in a variety of crops. However, the types of crops that are more chloride-sensitive, like avocados, coffee beans and cocoa, require SOP. The world’s potash market is estimated at around 75 million tons out of which 60 million tons is MOP and about 7 million is SOP.

Demand is projected to rise as the world’s population is increasing, estimated to reach 8 billion by 2023. At the moment, Australia imports all of its potash from the Middle East, Canada and Europe. Australia’s MOP and SOP consumption is around 250,000 tons each year. China and big plantation-focused countries in Asia, such as Indonesia, China and Malaysia, are expected to be the key drivers of the projected growth.

Australian Potash’s CEO Matt Shackleton said that some of the initial 250kg produced in the first batch will be sent to a research program and another part would be sent to China for testing by potential buyers. “We have got some memorandums of understanding in place already with some large Chinese agricultural companies and we are planning to stock up in China in March with some of the samples of the SOP that we produced,” he said.