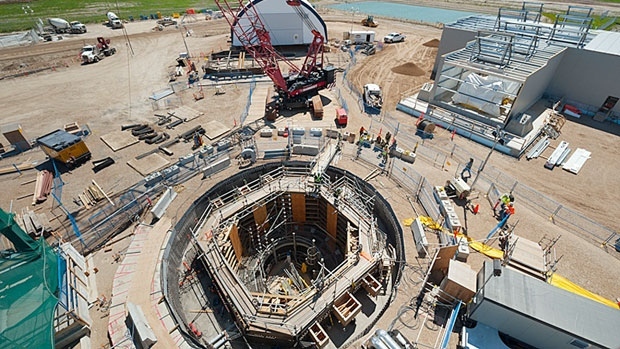 BHP Billiton Ltd., the world’s biggest mining company, might end up “mothballing” its Canada‘s Jansen project by the end of 2020 after completing two shafts at a cost of about $2.6-billion. The shafts are currently at a depth of about 600 meters, with a further 300 to 400 meters to go, CEO Andrew Mackenzie said. Once the shafts are completed, the company’s board will decide whether to construct the mine or not. “It’s certainly perfectly possible, if at that time the market is not going to be ready for potash, say, in three years subsequently, that we could mothball the shafts once we’ve completed them,” Mr Mackenzie said.

The Jansen project is currently about 60 percent complete with about $200 million left to spend next year, which will make the final cost close to $2.6 billion. The company has slowed down the development of the mine due to unfavorable market conditions and mainly low potash prices. BHP has previously said that potash was a key driver of future growth, suggesting that fertilizer would be a priority alongside existing coal, copper, petroleum units and iron ore.

Mr Mackenzie said the mothballing the project might be “more palatable than going ahead with a project that wasn’t economically attractive,” while adding that “the cost of mothballing would be reasonably small”. He also indicated that the company would examine whether or not that was something BHP Billiton wanted to stay in for the long term – “We have the flexibility to wait and time our entry into the market.” The further development of the Jansen project requires potash price of more than $400 a ton to achieve a good enough rate of return and more than $500 to compete with rivals. The potash price is currently at the lowest level in more than a decade.