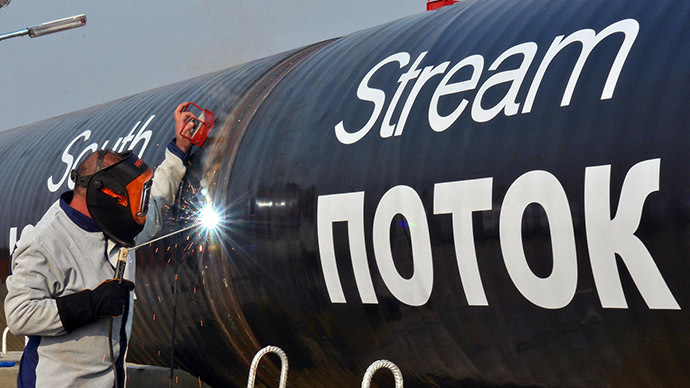 The Commission’s current task in the negotiation of bilateral agreements between EU Member States and the countries exporting energy commodities is determined by the 2012 legislation. The Commission’s role is, based on a decision by the European Parliament, only observational, as it enters the negotiations with a third party only at the request of an EU Member State. EU Member States, however, made it clear in 2012 that they do not want any more interventions into their sovereignty. So, why did Donald Tusk think in 2014 that the situation had changed and that the time was back then right to create an Energy Union?

First of all, Donald Tusk called for the creation of an Energy Union in April 2014 as a result of the events associated with the Russian-Ukrainian fight for Donbass, the annexation of Crimea and in general due to Russia’s overall revisionist behavior in the post-Soviet area. Second, it was an opportunity to ensure the security of gas supplies to Eastern and Central Europe and the sustainability of the gas routes. Member States accentuated this need since the Ukrainian conflict had escalated and there were real pressures to create an Energy Union. Thus, the Energy Union had from the beginning the support of the national governments. There has gradually emerged a strong group of countries interested in having the Commission join the inter-governmental negotiations on the security of energy sources with a third party, especially with Russia (the Baltic States, Poland). Thanks to the presence of the Commission in the negotiations, EU Member States could, for example, achieve a simplification of the payment system, an easier extension of agreements or an overall price reduction.

Putin’s non-transparent geopolitical behavior in recent months is, however, jeopardizing Tusk’s intention to strengthen the Commission’s role in the negotiation of energy contracts. Putin indicated that he would like to end the Ukrainian conflict and thus stop the sanctions against Russia. Moscow’s involvement in the Syrian civil war and the efforts to restore its power position exposed major cracks in Tusk’s concept of the Energy Union. In the EU, there are at least two groups of states that are going to slow down or block all efforts to create it. The first group is formed by the countries with strong energy sectors: these are namely Denmark, Great Britain, France and the Netherlands. These states will not agree with further restrictions on their national sovereignty. Hungary and Greece represent the second group of countries. Rather than additional restrictions to their state sovereignty, it is different foreign policy interests that are the major issue here. Hungary and Greece support the construction of the Turkish Stream gas pipeline initiated by Russia since they would financially benefit from it. Given these prospects, the future of Tusk’s plan is therefore uncertain and the Commission is likely to postpone the concept of the Energy Union also in the context of the ongoing migration crisis.

(The study can be downloaded here: http://www.sieps.se/en/publications/european-policy-analysis/big-brussels-is-watching-you-enhancing-transparency-in-eu)