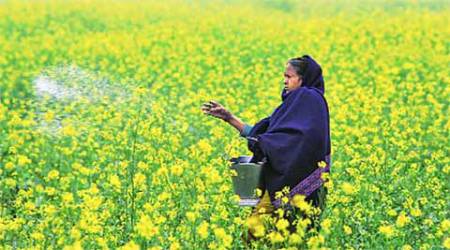 More than 20,000 fertilizer and pesticides dealers across the Indian state of Punjab closed their shops to observe a daylong strike on Wednesday (10 February) against the government’s decision asking dealers to have university degrees in agriculture. The notification was issued in November 2015 and asked dealers to get a B.Sc in Agriculture in the next two years if they want to have their licenses renewed, although undergraduate studies last four years. As of now, the renewal of licenses has been on hold.

The strikes were called on by All India Pesticides and Fertilizers’ Association. Suresh Satija, President of Abohar Pesticide and Fertilizer Dealers’ Association, complained that “the licenses are renewed for a period of two years and this year nearly 10,000 licenses are to be renewed and the papers are lying in the offices of Agriculture Department of different districts. However, renewal has been withheld for the time being because of the current notification.” He added that “the notification is arbitrary as a large number of dealers are into this profession for more than 35-40 years and hence it is not justified to ask them to get B.Sc degree now and that too in two years while the course is of four years.”

According to Rajeev Rasewat of Punjab’s Pesticide and Fertilizer Association, the condition of a degree in Agriculture should be put for the new license applications and some refresher courses should be offered for the existing ones so that the entire business is not affected. However, under the current conditions, if licenses are not renewed, the dealers will have to shut their shops, which will result in huge losses to the ongoing business. In the meantime, the association members were scheduled to have a meeting with the Union Agriculture Minister at the end of this month in New Delhi. The strike had been called to build up dealers’ case before the meeting with the minister.