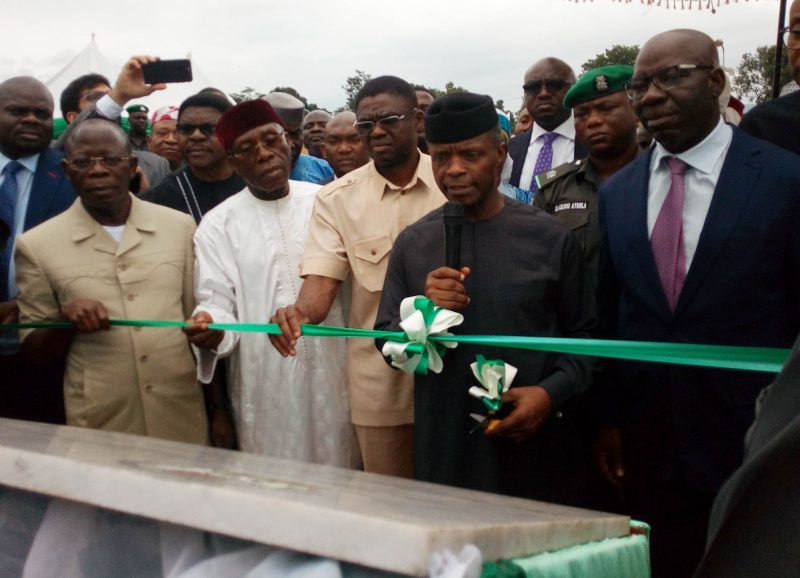 Nigerian Vice President, Prof Yemi Osinbajo, has opened the Edo Fertilizer Plant and Chemical Company Limited, a public/private venture, which can produce approximately 60,000 metric tons of fertilizer annually. The project saw a revitalization of the fertilizer plant, which had been nonfunctional for about 14 years.

Mr. Osinbajo commended the Edo State Governor, Mr. Godwin Obaseki, for having the right attitude to development of the plant and said that he was pleased with the 500 direct jobs that have been created by the investment. He emphasized that more employment opportunities would lead to the ancillary economic activities that would be generated by the fertilizer plant. He also called on leaders across the country to engage in the activities that will improve the lives of their people.

“The President Buhari administration is committed to making it easy for investors to do business in the country. We want to achieve this through the promotion of transparency and efficiency. We want every state to be involved in this drive and create the enabling environment for business to thrive in their domain,” Mr. Osinbajo said. He also added that the revitalization of fertilizer blending plants across the country was directly enabled by the presidential initiative aiming to diversify the economy from oil and strengthen farming activities and develop the agriculture value chain.

In his opinion, agricultural activities in Nigeria could be enhanced significantly if there was improved access to inputs, hence the drive to make fertilizer, which is a major farm input, easily available and accessible to farmers in Nigeria. Osinbajo explained that the blending plant would also complement Governor Obaseki’s agricultural development initiative, which seeks to improve investment in agriculture via public, private partnership as well as job creation for the young across the three senatorial districts of the state.