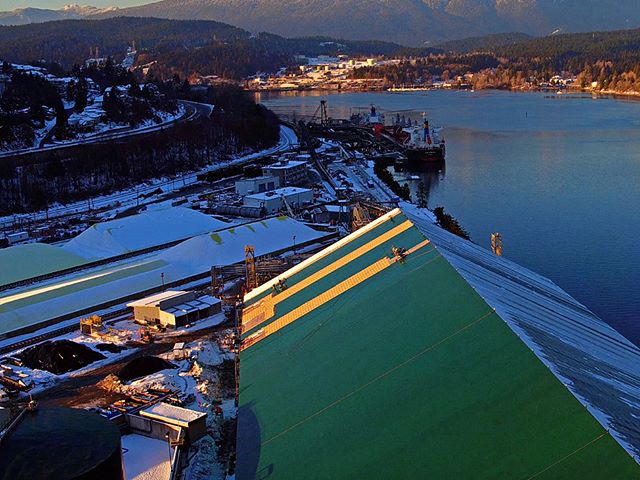 K+S Potash Canada (KSPC) and Pacific Coast Terminals (PCT) have celebrated the opening of a modern storage and handling facility at PCT’s Port Moody terminal. The port facility is the Western port destination for potash from KSPC’s new multibillion dollar Bethune mine in southern Saskatchewan. “This port facility is essential to the success of our Canadian potash operations,” commented Dr. Burkhard Lohr, Chairman of the Board of Executive Directors of K+S and added that “in Saskatchewan, we now have access to high-quality resources for generations to come – and from here, in Port Moody, we will deliver our products to customers around the world.”

In 2014, KSPC and PCT signed a long-term deal for the delivery of products from the Bethune mine to global market. The contract included modifications to PCT’ existing facility including the construction of a new potash storage facility on the sire. With these new modifications, such as a railcar unloading facility, underground and above ground conveyor belts, new transfer towers and a 263 m storage warehouse with capacity for 160,000 ton of product, PCT’s site is the most innovative of its kind in the world.

“We are proud to have partnered with K+S Potash Canada on this exciting project,” commented Lorne Friberg, President and CEO of Pacific Coast Terminals Co. Ltd. and added that “the expansion of our operations allows for a greater contribution to the City of Port Moody in terms of new jobs, additional municipal taxes, and increased support to local community organizations and events. Adding potash to our portfolio contributes to the sustainability of PCT, and is key to our strategic positioning.” Potash from KSPC’s Bethune will be transported to the new facility in unit trains and it will be destined for China, Southeast Asia, India, Brazil and other international locations.