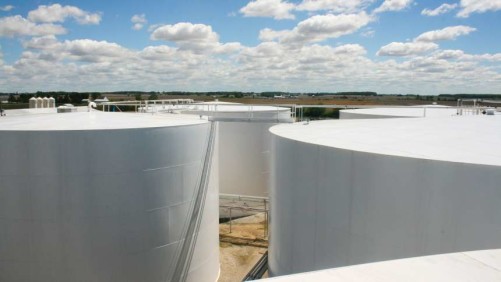 US Congress’ year-end funding bill did not implement policy changes that would have made retail sellers of anhydrous ammonia to comply with standards historically used for fertilizer producers. The stalling of the changes has basically prevented the Occupational Safety and Health Administration (OSHA) from implementing them in fiscal year 2016 ending 30 September. “The intent by Congress was to stop OSHA from applying its PSM rule to retailers until they go through rulemaking and a new North American Industry Classification System code for Farm Supply Retailers has been established by the Census Bureau,” Doug Goehring, who is North Dakota Agriculture Commissioner, commented in a statement, adding that “however, OSHA plans to move forward with implementation in October.”

Mr Goehring said he would surely consider calling for a repeal of the policy change. A court challenge by the Agricultural Retailers Association and The Fertilizer Institute is also pending in a federal appeals court. Anhydrous retailers are in contrast to the rule because they say it will decrease safety, rather than increasing it, contrary to what the policy meant to achieve. “If the new policy is implemented, it could force as many as one-third of North Dakota small- and medium-sized operators out of business due to the cost to implement the new rule,” Mr Goehring added.

Sources from the fertilizer business sector say that different cooperatives had been preparing for the policy changes should they eventually go into place. Some of them told Phosphate Price that they were relieved that the changes have been put on hold for the time being through the upcoming growing season for they would ultimately affect the cost to the customers at a time when the agricultural community is already faced with very low profit margins on their crops. Without the planned changes being put on hold, anhydrous ammonia facilities would have had to be in compliance by 21 January.