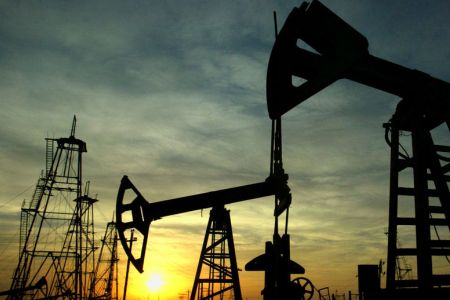 Most of the second half of the last century was dominated by the discussions about the availability of oil for the world’s fast growing population. Analysts predicted that the current oil reserves may be sufficient for 50 years, and this only if the current patterns of oil production and consumption were unchanged.

Fast forward to 21st century and many were taken by surprise over the past few months when the price of oil has plummeted in response to the discovery of new supplies in the United States together with the revival of production in some conflict-struck oil-rich countries, in addition to advances in Canada’s oil sands and Europe’s renewable energy. To make the long story short, there is currently more supply than demand for oil.

Unfortunately, this momentous shift has so far generated only little response from policymakers. From time to time, once-in-a-generation opportunities emerge and cheap oil is such a rare opportunity offered to our generation. The energy picture is clear. The price of oil has gone down by 50 percent in about half a year, the price of gas is cheaper than it had been in a decade, and the price of renewable forms of energy is also going down. At the same time, new technologies are making it possible to manage the consumption of energy in a better and more efficient way.

Such favourable developments imply a great potential for reform and as such, they should prompt policymakers to take an action to get rid of some bad habits. In advanced economies, the most unswerving reform that should be immediately implemented is to remove the subsidies supporting the production and consumption of fossil fuels. Such a distortionary policy only boosts consumption of unclean forms of energy, which directly undermines the efforts to encourage the consumption of clean and renewable sources. In addition to doing away with subsidizing, governments in advanced economies should seriously consider raising taxes on fossil fuels, which would further support conservation and the shift towards the renewables.

For developing countries, cheap oil is also a major opportunity. In oil-rich and oil-dependent countries, the 50$-a-barrel price tag is currently seen as having truly disastrous consequences for the economies, though if seen from a different perspective as an opportunity, the cheap oil can have a transformative power. When oil is expensive and abundant, poor oil-rich countries paradoxically have only few incentives to diversify their economies and invest their money in other sectors than oil. However, the prospect of the price of oil staying low for an extended period should encourage the government of oil-rich countries to develop also other sectors of the economy. One can’t expect, though, that it will be easy.

On a global level, governments should make the effort to achieve an efficient international energy market. This struggle has already begun with the nascent project of EU’s ‘energy union’ but such a level of integration might not be a good approach for all. Generally, the international community should do its utmost to eliminate unfair obstacles to investment in the energy sector and support cross-border projects such as Keystone XL or the planned Russia-China mega-pipeline. Although some of these projects certainly constitute mere pawns, controlled by some powerful players, participating in a complex game of international political economy, they also contribute to the global energy infrastructure. A better infrastructure between different countries will only diversify the possibilities for oil buyers, which is undoubtedly a good thing.

While many ambitious goals are currently high on the European policymakers’ agenda, they should ensure that amidst fiery debates on quantitative easing and unemployment, they also have time to discuss and advance at least some parts of the important energy agenda. Cheap oil provides the European and many other economies with a unique window of opportunity to push through major policy shifts, and this is a chance not to be missed.