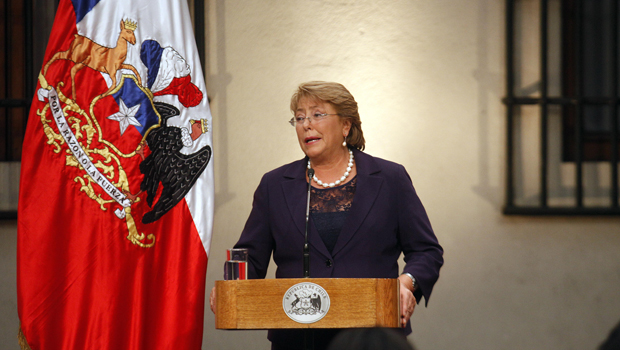 Chilean President, Michelle Bachelet, is doing her utmost to allay concerns that her country might be eventually squeezed by energy crunch. She has already informed industry leaders that her cabinet would take all the necessary measures to kick off both private and public investment in power production. Chile, the world’s leading producer and exporter of copper, has encountered resistance in its endeavour to increase energy output as environmental advocacies and regional communities have been able to hinder what they call “exclusively large and disruptive power projects”. As President Bachelet said, her government was aware of the pending need to set the project in motion in order to confront the Chilean infrastructure deficit. Therefore, the government will decidedly back up any initiative that complies with the current rules and adequately fits in the respective community.
Earlier in June, a special ministerial panel of experts suspended the permission for Chile’s largest power project – HidroAysen hydroelectric dam. The suspension ensued years of protracted legal wrangling, with environmental NGOs arguing that the project could do harm to valleys in the country’s wild south. A series of other mining and energy infrastructure projects in the country have been deterred due to concerns about health, indigenous communities, glaciers, and damage to water sources. Yet, President Bachelet promised that in her second consecutive term she would ensure that the northern SING power grid will be connected to the central-south SIC grid. Together, both grids comprise the most of 18,000 megawatts in the Chilean network, supplying electricity to both industry and most of the country’s 17 million inhabitants. The government also emphasized that the state oil firm Empresa Nacional del Petroleo might be involved in the construction of a brand new natural gas terminal.
During Ms Bachelet’s forthcoming four-year term, approximately 1,200 megawatts of renewable energy sources, 622 megawatts of thermal-based electricity, and 865 megawatts of hydropower should be added to the country’s power generation capacity. As she stressed, “obviously these aren’t the only projects we’ll support because in order to have more energy in our system we need more projects and more investment. We also need more competition and more actors to invest in the sector.”