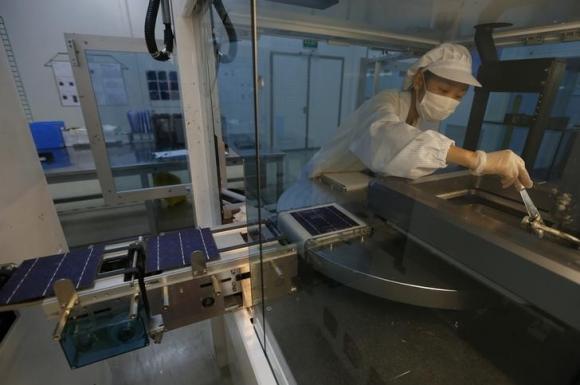 China’s Commerce Ministry condemns the anti-dumping duties that the United States have imposed on Chinese solar products saying that this jeopardizes the vitality of the industry in both countries. The US Commerce Department imposed anti-dumping duties as high as 165.5 percent on Chinese solar panels and cells after it found that the panels had been marketed too cheaply in the US market. The decision was one of many spats that China and the US have had for quite some time regarding their mutual trade in solar industry. Last month, the sector witnessed an introduction of anti-subsidy duties.

An anonymous employee of the Chinese Commerce Ministry allegedly said that the frequent adoption of trade remedies cannot sort out the US solar industry’s development problems. China hopes that Washington will be able to “prudently handle” this investigation and create a good environment for competition in the industry. Although trade friction is unavoidable, the unnamed official added, the US government must assume responsibility and prevent these discrepancies from harming relations between both countries. Observers agree that if escalating problems in the mutual ties are neglected, they can in the end damage industries in both countries.

The US branch of the German solar producer, SolarWorld AG, is trying to overcome the problems by enabling Chinese producers to sidestep duties that were imposed in 2012. The firm complains that Chinese solar manufacturers evaded those duties by shifting output of the cells by moving the production to Taiwan. Under the latest anti-dumping rulings, Taiwanese manufacturers also face duties, some of whom top at 44.18 percent. In recent years, the entire solar industry has suffered from an oversupply of products “made in China”. This has resulted in declining prices and a withdrawal of consumer subsidies in Europe, which in turn compressed margins and triggered off trade numerous trade disputes. In particular, US imports of solar products from China were worth about 1.5 billion USD last year, which was about 50 percent of the total volume in 2011. In the meantime, Taiwanese exports to the US more than doubled to 657 million USD over the same time span. Washington should make its final decision on anti-dumping by mid-December this year.