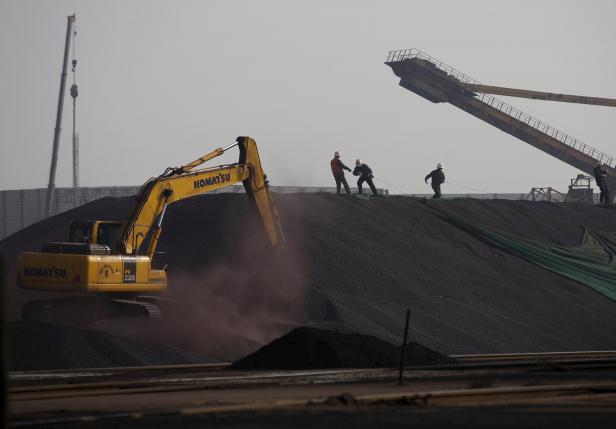 China has made remarkable strides in recent decades to grow enough food to feed 20% of the world’s population with only 9% of the world’s arable land. Meanwhile, the nation is experiencing exacerbated air and water pollution problems. Agricultural growth and the pollution aggravation are closely linked with policies affecting fertilizer production and use. Essentially nonexistent in 1950, China’s fertilizer industry is now a robust conglomerate producing fertilizers in amounts that not only meet domestic demand but also contribute to international trade.

The industry’s growth stemmed from a series of policy progressions, featuring, first, a total control system with state ownership and central planning (1949–1984); second, a dual system of central planning and market adjustment (1985–1997); third, a market-driven system with government-mandated price caps (1998–2009); and finally a complete market-oriented system (since 2009). In conjunction with the policy changes were massive subsidy programs totaling more than $18 billion in 2010. The support policies and subsidies helped grow the industry and safeguard an adequate supply of fertilizers at affordable costs to farmers, but the artificially low-priced fertilizers also contributed to a nationwide trend of fertilizer overuse, leading to nutrient pollution. Hence, China needs innovative policies and programs to address food security and sustainability challenges.

Fertilizer is an indispensable input in modern agriculture. The widespread use of fertilizers has greatly contributed to the huge increases in food and feed production worldwide during the last six decades, together with improvements in crop and animal traits, irrigation and drainage, and pest and disease management. However, the extensive use of fertilizers has also contributed to soil acidification, eutrophication of surface waters, pollution of aquifers, and increased emissions of ammonia (NH3) and greenhouse gases (notably N2O, CO2, and CH4) to the atmosphere in China and globally. It has been predicted that fertilizer use and nutrient losses to the environment will continue to increase in the coming decades unless drastic improvements are made in nutrient management that will allow us to simultaneously feed the growing human population and decrease the environmental impacts of food production.

Worldwide, there is a gross imbalance in fertilizer use. Although industrialized and affluent societies have focused on targeted use of fertilizers, many developing countries are struggling to meet a growing demand for food with dismally inadequate fertilizer inputs. China is an interesting case here. As the human population in China doubled in the past five decades, the total grain production more than tripled, and fertilizer use increased 10-fold. China is feeding more than 20% of the world population with less than 9% of the global arable land. The average rate of fertilizer applications increased from 5.4 kg ha-1 (NPK nutrients) in 1960 to 506 kg ha-1 in 2010. However, the environmental costs are very large, particularly from the overuse and mismanagement of chemical fertilizer and manure. Nutrient losses from agriculture have been blamed for serious water quality problems in lakes and rivers across the country.

China and Africa share certain similarities in agriculture. Both have millions of small holders, mostly illiterate or with minimal education, each farming a small parcel of land. Similar to the situation in many African nations today, Chinese farmers had little access to fertilizers throughout 1950s and 1960s and even into the 1970s. But since then, China has been able to develop a robust fertilizer industry and see its farmers increase fertilizer use to such a level that is often far above agronomically sound and environmentally responsible ranges. Now China has arrived at a crucial point where the push for producing more food, oftentimes with greater inputs, must be balanced with the dire need to sustain natural resources and environmental quality for future generations. To address the country’s widespread water quality and other nutrient-related environmental issues (e.g., soil acidification, N deposition, and climate change), fertilizer management ranging from guiding policies to field practices must be examined and critical control points for improvement identified at the national level.

As the nutrient pollution has become the greatest challenge facing the industry (and the country), the first step to address these challenges resides at the policy level. For decades, fertilizer-related policies and support programs have centered on a basic principle; that is, to safeguard the nation’s food security by ensuring the availability and affordability of fertilizers. It is time to review and reform the policies and programs for the purpose of simultaneously addressing food security and environmental sustainability. Although the issue is complex, there are a few viewpoints of greatest concern that may help stimulate an extensive and thorough debate on future fertilizer policies in China. First of all, it is urgent to establish a sound multidimensional information delivery system that provides scientific and technological services to farmers and guides fertilization practices. Gross over-application of fertilizers is still common in China, and the problem is rooted in the lack of knowledge by end users because the majority of the hundreds of millions of farmers have received limited education on the value and use of plant nutrients. Therefore, timely delivery of science-based fertilizer recommendations is essential for improved nutrient use efficiency and reduced over-application of nutrients.

Second, the vast amounts of organic nutrients generated must be taken into account in the nation’s nutrient management endeavor. Particularly critical is the management of animal manure and its nutrients, which amounted to 15 Tg N and 10 Tg P in 2009 based on our estimation. Proper management of manure nutrients would substantially reduce chemical fertilizer use (estimated to be 4.5–7.5 Tg N and 10 Tg P, assuming fertilizer equivalence of 30–50% and 100% for manure N and P, respectively). This would translate to about the same amounts of nutrients not entering the environment as potential pollutants. Fortunately, a positive change has been happening in recent years. Some local municipalities have set up incentives or pilot programs aimed at enhancing organic waste utilization and reducing pollution. Moreover, technological innovation is needed within the fertilizer-manufacturing sector for enhanced production efficiency and environmental sustainability. This is because many fertilizer manufacturers use outdated technologies that are high in energy consumption as well as emissions of air pollutants. In addition, China must strengthen its relevant laws and regulations to govern the management of fertilizer products and their uses. More affluent societies, including the European Union, have established laws and regulations in recent years to govern nutrient management practices for environmental purposes.

Ultimately, China’s fertilizer related policies and subsidy programs need to be reviewed and reassessed for needed changes in light of the dual priorities of producing more food to meet growing demands and protecting the environment for long-term prosperity and sustainability. The massive national government subsidies used exclusively for China’s fertilizer manufacturing and distribution sectors have completed their missions and should be redirected toward fostering technological innovation and broader programs that help alleviate environmental damages associated with fertilizer overuse and nonpoint source nutrient pollution. Further reforms are needed in governmental policy, ultimately leading to an integrated nutrient management policy based on three pillars: food security and farmers’ income, environmental sustainability, and resource use efficiency. Implementing integrated nutrient management in practice requires a mix of policy instruments including education, demonstration, regulations, and targeted economic incentives.

This article draws on an article titled ‘An Analysis of China’s Fertilizer Policies Impacts on the Industry, Food Security, and the Environment’ – Research Paper by Team of Authors – Journal of Environmental Quality