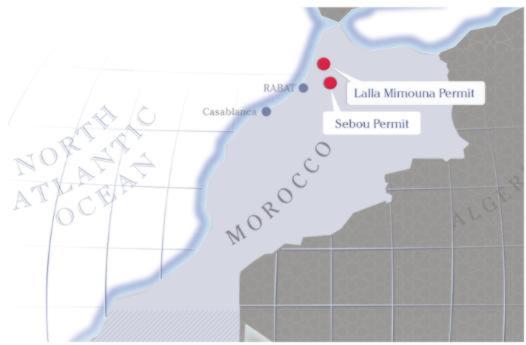 The Irish Oil & Gas exploration firm Circle Oil has announced the discovery of gas in Morocco.
The Limerick-based group said it encountered gas at three levels within the target Guebbas sands, stressing that wireline logging has confirmed the presence of three gas-bearing zones.
Subsequent pressure testing also confirmed permeable high pressure reservoirs, the company said.
“We are delighted to add another successful discovery to our Sebou gas portfolio. This is the first well of a six well program to be drilled with our partner ONHYM in the Sebou permit and is coupled with another six well program in the Lalla Mimouna permit”, said Circle Oil chief executive Chris Green.
The Company has obtained lately a $100 million loan to fund its new exploration and development. Circle Oil has reported operating profits of $32.35 million for 2013, up 15 pc on 2012’s profits.
Group revenues for the year increased by 27 pc to $93.3 million from $73.3 million on the back of record revenues and production from both Egypt and Morocco.
The company said its production levels are at an all time high and as a result it is seeing a resulting increase in profitability. Oil Circle operates in Egypt, Tunisia and Oman.