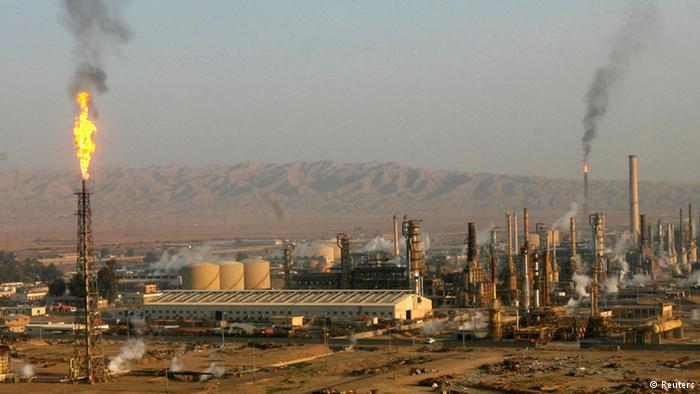 Iraq’s Islamist militants almost managed to seize the country’s major oil refinery after fighting counterterrorism units yesterday (June 19) who succeeded to keep the important oil hub supplying Baghdad off their hands. The gunships bombarded positions of al-Sham fighters inside the refinery in the Iraq’s northern city of Beiji, which put two fuel-storage tanks on fire. Several hundreds of people working in the facility fled as attack came as the latest assault in the weeklong siege of the refinery. A military spokesperson, General Qassim Atta, said during his speech on Iraqiya state television, that the refinery was under full government control. He added that the Iraqi military managed to drive off Islamist insurgents killing at least 40 attackers. Other official sources and ministers simultaneously claimed that at least 75 percent of the Baiji refinery was seized by rebels.
The attack on Baiji, situated north of Baghdad, reportedly started at 4:00 (1:00 GMT) from outside two of the three main entrances to the refinery. Soon after the operation started, the militants were said to have managed to get into the oil hub controlling production units, administration building, and four watchtowers. After the city of Baiji itself was overrun by Islamists already last week, foreigners were immediately evacuated but locals remained. Government military forces are fighting to push back the Islamic State in Iraq and the Levant (ISIS) and its Sunni Muslim aides in Diyala and Salahuddin provinces, after the insurgents overran also the country’s second biggest city, Mosul.