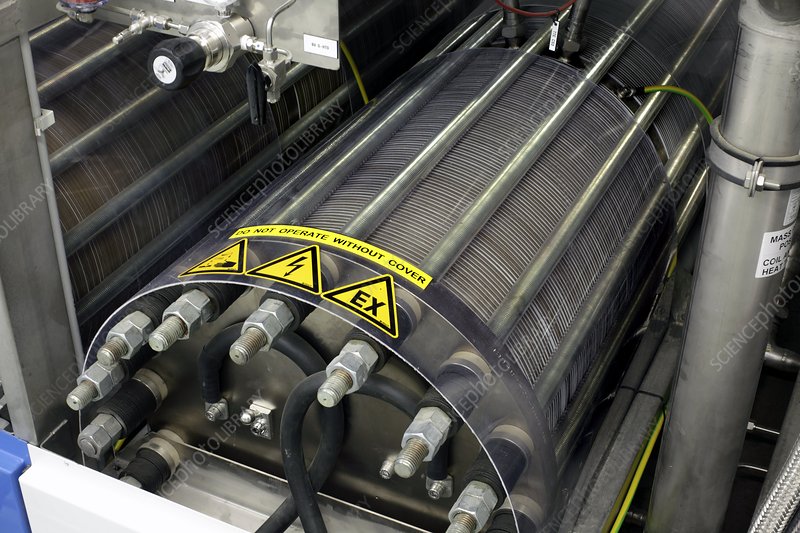 While China currently produces the cheapest electrolysers in the world, Europe leads on innovative technologies which are better suited to produce green hydrogen seen by many as a silver bullet to decarbonise the energy system. With the publication of its hydrogen strategy earlier in July, the European Commission also kicked off a race to mass-produce electrolysers on the old continent. By 2030, the EU executive wants at least 40 gigawatts of electrolysers installed in the EU, producing up to 10 million tonnes of renewable hydrogen. Electrolysers – technologies that produce hydrogen and oxygen by applying an electric current to split water molecules – are an established method for producing “renewable” or “clean” hydrogen. Seeing it as a fundamental building bloc to decarbonise the economy, the Commission says that “the priority for the EU is to develop renewable hydrogen, produced using mainly wind and solar energy.”
With initiatives, such as Germany‘s largest “proton exchange membrane” (PEM) hydrogen electrolysis plant in the world, Refhyne, the EU seems determined to preserve and strengthen its industrial leadership in electrolyser manufacturing. The 10 MW electrolyser, which is funded by the EU through the Fuel Cell Hydrogen Joint Undertaking and that will use renewable electricity to produce about 1,300 tonnes of clean hydrogen per year, is “what we need to scale up clean hydrogen production in Europe – innovative, renewables-based and bringing together the public and private sector to secure EU’s global technological leadership,” energy Commissioner Kadri Simson said in a statement.
The cheapest and most established electrolyser technology is the alkaline type, which was first developed in the 19th century. According to estimates by BloombergNEF, Chinese manufacturers can sell alkaline electrolysers for 200 USD/kW – or 80% cheaper than European machines of the same type. This technology is particularly popular in China itself, which represents more than 50% of the world market for alkaline electrolysers, says Michela Bortolotti from Hydrogen Europe, an industry association. But European manufacturers have taken the lead on “innovative technologies” such as PEM, Solid Oxide, or pressurised alkaline electrolysers, says Mirela Atanasiu, head of unit at the Fuel Cells and Hydrogen Joint Undertaking (FCH-JU). PEM electrolysers are better suited to operate with renewable energy sources, she said, because they can operate “dynamically” using varying loads of electricity, allowing PEM electrolysers to be operated when wind and solar energy generation is cheapest.
But even if the most innovative electrolysers are produced in Europe, sufficient amounts of green hydrogen can only be produced if there is sufficient renewable electricity available. Today, only 32% of electricity consumption in the EU is renewable, which opens up a debate about whether Europe should start importing green hydrogen from countries where renewable electricity can be produced cheaply and abundantly. A recent study by Eurogas, an industry association, argues that to achieve carbon neutrality by 2050, Europe must start the hydrogen economy without further delay.