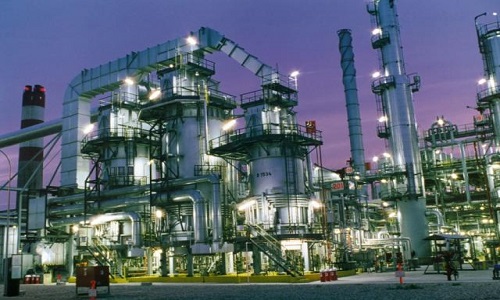 NIGERIA: Determined to address the issue of food security, Nigeria’s Federal Government has expressed its readiness to partner with Dangote Fertilizer Limited in order to achieve Agricultural Transformation Agenda, aimed at boosting food production in the country. Minister of Agriculture and Rural Development, Alhaji Muhammad Sabo Nanono, called on the company to assist the Federal Government’s agricultural mechanisation scheme as well as extension services for small scale farmers. Besides, the construction of the Fertilizer plant has been fully completed and is set for commissioning in the next few months. “It is very clear that Dangote, in one way or the other, will help in this programme by the Federal Government.” he said. Nanono said Aliko Dangote’s investment in fertilizer production will contribute to improved farm yields and agricultural productivity, which are critical to Nigeria’s long-term food security. The Minister commended Dangote for keying into the Federal Government’s Presidential Initiative on Fertilizer aimed at bringing down the cost of fertilizers across the country.
NEW ZEALAND: Police are at the scene of a fertiliser plant in the Tasman where protesters have locked themselves to the gates. Extinction Rebellion activists claim to have halted the distribution of synthetic nitrogen fertiliser from the Ravensdown plant in Richmond. They say the fertiliser chemicals that are polluting rivers and lakes, killing aquatic life, and adding to agricultural greenhouse gas emissions are driving the climate crisis. The activists are calling on all political parties to phase out synthetic fertiliser, and to support the farming community to transition from intensive dairying to regenerative farming. Extinction Rebellion Whakatū campaigner Te Wehi Ratana said the government needed to phase out synthetic fertiliser and limit the pollution resulting from industrial agriculture. “Today we’re making a stand against the synthetic fertiliser that’s degrading our water and driving the climate crisis. Intensive dairying is the country’s biggest climate polluter. It’s time for change, for the sake of nature and for future generations,” Ratana said. A police spokesperson said police have been at the site since after 7am today. Their priority was to ensure safety and uphold the law, while recognising the lawful right to protest.
UNITED KINGDOM: Police in Dorset are warning farmers about the danger of terrorists getting their hands on fertiliser. Terrorists can make homemade explosives using many chemicals found in fertiliser, particular those that are ammonium nitrate based. A spokesperson for Dorset Police’s Rural Crime Team said: “Inorganic nitrogenous fertilisers can be misused by terrorists as an ingredient in homemade explosives. We have put together a list of security measures to follow to keep your fertiliser safe.” The team is advising that fertiliser is not stored where there is public access, left overnight in a field overnight or where it is visible from the public highway. They have also advised farmers to keep a secure file of all fertiliser delivery notes and, wherever possible, store fertiliser inside a locked building or compound, as well as carrying out regular stock checks to ensure it has not been tampered with.