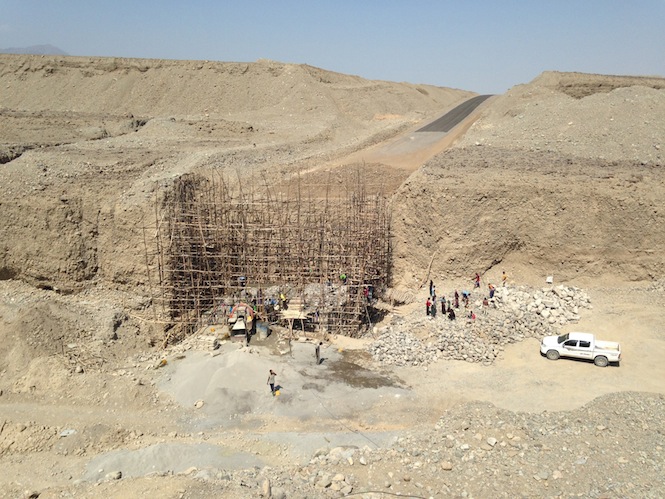 The Danakhil mine project in Ethiopia is set to be the world’s first major greenfield potash mine, according to some industry experts.
The Canadian Allana Potash Corp says the estimated $642 million budget projected for the development of the mine, scheduled to open by 2016, is lower than the cost of conventional underground projects.
The company uses a technique that pumps water into shallow potash beds, producing a brine that is evaporated on the surface, leaving potash-bearing crystals.
Allana says its project in Ethiopia will provide significant domestic potash supplies for African countries and benefit from short distances to established buyers in India and Southeast Asia.
Allana has also teamed up with ICL, global manufacturer of products based on minerals, to support the development of fertilizer application in Ethiopia and encourage the proper use of fertilizers to boost agricultural yields.
ICL pledged to support Ethiopia’s agricultural growth strategy, conduct soil fertility surveys and sponsor the training of this African country’s post-graduate PhD students.
As a global producer of potash, phosphates and other specialty minerals that fulfil humanity’s essential needs in agriculture, food and engineered materials, ICL intends to extend this project to other African countries and is currently in discussions with similar organizations in Kenya and Tanzania.