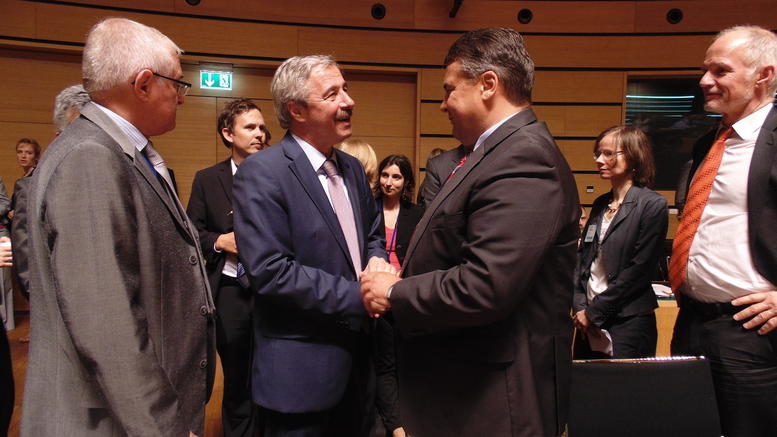 The EU’s 14 energy ministers have been recently called upon by an advisory body that the EU28 should be heading towards a low carbon economy. To achieve this objective, the EU needs a thorough plan to reduce emissions effectively and create tools to kick off investment in renewable and alternative sources of energy as planned in its 2030 policies. EU leaders must therefore come up with a joint plan on how to achieve this challenging goal in the next decade. The solution, which must be found by October this year, requires unanimity among EU member states. The panel of advisors included experts from the European Bank for Reconstruction and Development, the Organization for Economic Cooperation and Development, the European Investment Bank, and the International Energy Agency.
Sandrine Dixson-Decleve, Director of the Brussels Office for the University of Cambridge, said that the EU “needed to create a low-carbon energy union also because it offers huge opportunities for investing in the current energy system, replenishing the grid and bringing growth and jobs to Europe”. The EU-wide debate comes now when the EU regions are trying to diversify supply sources and decrease their dependence on Russian natural gas. Energy security is moving up the European agenda after debates between Moscow and Kiev to sort out a pricing disagreement ended with a failure earlier this week. Ukraine is the transit country for Russian gas for around a half of the EU28.
In order to achieve its far-reaching energy goals, the EU should draft a road map that would guide its member states throughout the short, medium, and long term based on the recommendations by the panel to ministers in the Growth Green Group, which is an informal grouping that encompasses EU environment ministers supporting ambitious climate policies. As the panel described, the road map should both set a timeline and an action plan that looks forward to diversify gas-supply sources as well as decrease energy consumption and increase green renewable sources.