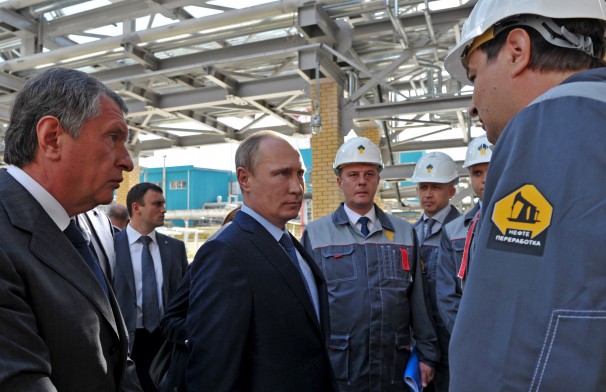 A draft report prepared ahead of a summit meeting of EU leaders in June has warned that Russia’s strategy of snapping up oil refineries around Europe would compromise the bloc’s energy security. Europe’s refining sector has been suffered from a combination of slack demand, high oil prices and low profit margins, whereby this ongoing weakness has prompted many companies to sell off their refining units. Russia has clearly ceased this opportunity and many of its companies have embarked on a shopping spree: Lukoil, for example, owns refining operations in Italy, the Netherlands, Bulgaria and Romania, while Gazprom through its oil arm Gazprom Neft also owns several refineries. Therefore, when officially released this week, this European Commission’s report is expected to introduce to the public its vision of how to improve energy security in response to the crisis in Ukraine, through which roughly half of the Russia’s oil exports pass on the way to the European Union.
Among the many issues discussed in the report, it stresses the need to closely monitor the increased Russian ownership of EU refineries. The report notably argues that “Combined with the dependence on Russian crude oil, and the emerging influence of Russian players, the refinery industry is vulnerable to political interference.” The EU relies on Russia for 27 percent of its gas consumption and about a third of its oil. According to the International Energy Agency’s statistics, the European Union also receives imports of refined products from the United States which means that the US has overtaken Russia as the EU’s leading supplier, although Russia seized back the spot no. 1 earlier in 2014 when US refineries were undergoing seasonal maintenance. The Commission will likely call on EU Member States to closely evaluate their vulnerabilities to any supply crisis and to build up inventories, as well as seek to increase fuel efficiency and the use of electric vehicles and alternative fuels.