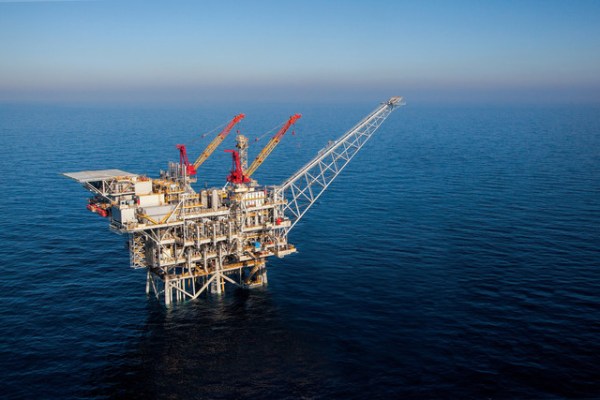 A number of major natural gas discoveries that have been made in recent years as well as the prospect of substantial hydrocarbons resources ready to be tapped in the Eastern Mediterranean waters have attracted a lot of international attention. If these resources are managed well, they may change the energy dynamics in the wider Mediterranean region significantly and they might as well promote energy security, economic prosperity and regional cooperation. If they are not developed well, they might well become a major part of the regional geopolitical struggle.

There is a number of players developing resources in the Mediterranean – Cyprus, Egypt, Israel, Lebanon and Turkey. Israel has for example developed the Tamar field that is estimated to contain about 280 bcm of natural gas. Already now, 60% of Israel’s electricity comes from gas produced at Tamar. Another field – the Leviathan – has been jeopardized due to numerous regulatory and political obstacles such as allocation of discovered resources, taxation and administrative issues. In fall 2016, the Israeli government also launched the first offshore bidding for licensing new exploration areas.

In contrast, although Cyprus has already – successfully – organized three offshore bidding rounds, exploration activities have so far been rather disappointing. To date only one discovery was made – the Aphrodite field – in December 2011, estimated to hold 128 bcm of gas and valued at around $4 billion. Egypt is, in contrast, a country with rich history of oil and gas production but declining production and rising domestic demand have made the country recently a gas importer. Recent discoveries in the Mediterranean Sea, such as the Zohr field, have, however, radically changed the picture.

In Lebanon, its exclusive economic zone shows promising prospects but the country’s first offshore licensing round has been postponed 5 times since 2013 because two decrees aimed at the delineation of offshore blocs could not be approved due to the chaos in the government and institutional vacuum. In Syria, the government teamed up with the Russian gas company SoyuzNefteGaz but no progress has been registered so far and any development is currently very unlikely. In contrast, Turkey has been very active, having drilled 13 wells in the Mediterranean waters but no sizeable resource of hydrocarbons was discovered.

Exploitation and marketing of hydrocarbons resources in the Mediterranean pose enormous technical, administrative, security, legal and political challenges with geo-political implications but at the same present a space for regional collaboration, long-term energy security and prosperity. Converging economic interests could be a strong motivation for making progress in the political area between different countries and the European Union could seize this opportunity by promoting all possible forms of cooperation.

From an energy point of view, the Eastern Mediterranean gas could boost the EU’s security and diversify its energy resources and routes for a number of member states, mainly for those in Central and Southeastern Europe. Moreover, from a political perspective, Cyprus is a member of the European Union and it maintains close ties with all the countries involved. Turkey is a candidate for EU membership and is linked to the EU by an association agreement and customs union while Israel and Lebanon also have association deals with Brussels.

Getting the Mediterranean countries to cooperate would be a major diplomatic challenge that, however, needs to be overcome. A multilateral forum between all involved countries would be a great way to initiate a balanced and pragmatic approach and it could also redraw the whole political and economic map of the region in a way that would benefit all. However, unless the countries in the region talk to each other, these opportunities will be lost and the much-needed compromises will likely not be reached.