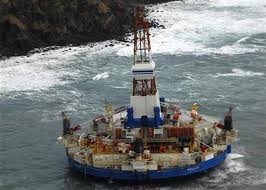 The US President Donald Trump has approved a drilling plan for oil exploration offshore Alaska. Eni US, a unit of Italy’s Eni, will thus become the first energy company allowed to explore federal waters off Alaska since 2015. The move is part of the new administration’s plan to boost oil and gas drilling and make the United States “energy dominant”. President Trump signed an America-First Offshore Energy Strategy executive order earlier this year to extend gas and oil drilling in the areas that have been so far off limits for energy firms.

The approval, however, still requires the company to obtain other state and federal permits on top of the permit already issued by the Bureau of Ocean Energy Management (BOEM). “We know there are vast oil and gas resources under the Beaufort Sea, and we look forward to working with Eni in their efforts to tap into this energy potential,” said BOEM’s acting Director Walter Cruickshank. The US branch of the Italian company plans to drill into the Beaufort Sea using an artificial island equipped with a system of wells.

Eni is ready to start exploration activities and drilling in the Arctic despite the protracted period of low crude prices and dangerous conditions in the area. For example, Royal Dutch Shell quit its exploration activities after a vessel it had leased was damaged in mostly unchartered waters. Moreover, environmental groups had been pushing with an existing law to curb the firm’s ability to pursue drilling in the area. This time, environmental groups complained that Donald Trump’s administration rushed the approval for Eni and gave nonprofits only three weeks to comment on the plan.