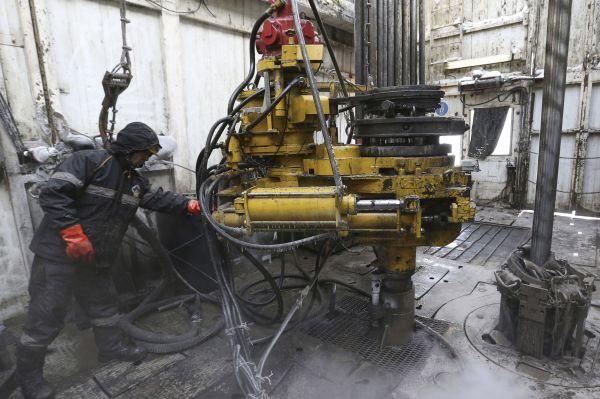 US sanctions against Russia prevented Exxon Mobil Corp from proceeding with its ambitious projects to explore the north of Siberia for oil. The American oil giant said that it would therefore walk away from the joint venture with Russia’s Rosneft to search for oil in the icy waters of the Kara Sea. The deal between the two energy giants was signed in 2012 by the company’s former CEO, Rex Tillerson, now the US Secretary of State.

Mr. Tillerson considered the hard-fought deal as a breakthrough, giving Exxon access to one of the world’s most promising unexplored oil-and-gas basins. The company reportedly spent about $700 million to drill the first well, likely one of the most expensive ones it had ever drilled. The first well struck oil but further exploration was stopped due to the sanctions imposed by the Obama administration following Russia’s intervention in Crimea in 2014. Exxon was painstakingly seeking waivers that would enable it to continue activities in some parts of Russia but it was not successful. In 2017, President Donald Trump declined to give the company a waiver for its venture with Rosneft. The White House also added new sanctions on Russia last year for its alleged interference in the 2016 presidential election.

However, oil prices have plunged in the meantime and the global race for new supplies changed. The agreement was struck when oil priced were around $90 per barrel and forecasts for them remaining high. Crude is now trading at just over $60 a barrel, and many firms, including Exxon, are prioritizing shorter-cycle projects such as drilling in the Permian Basin of Texas and New Mexico that can deliver returns faster. “A high-risk Arctic project that maybe looks good at $100 oil does not look like anything anyone would touch at $60,” said Edward Chow, a senior fellow at the Center for Strategic and International Studies in Washington, D.C. “I think that is a fundamental to the Exxon decision.”